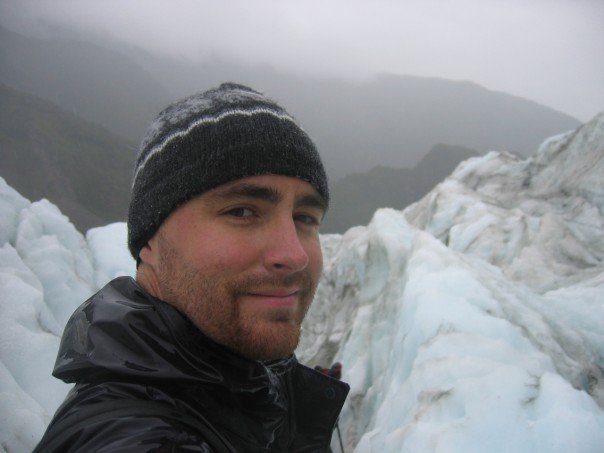 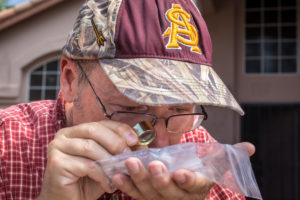 Laurence A. J. Garvie (Collection Curator, Center for Meteorite Studies; Research Professor, School of Earth & Space Exploration) Ph. D. University of Bristol (1992) – Dr. Garvie deciphers early Solar System processes through the use of innovative, high-spatial-resolution electron microscopic and spectroscopic studies of meteorites. His studies primarily focus on carbonaceous chondrite meteorites, which provide a unique record of the physical and chemical processes that shaped our Solar System. His current projects are roughly divided between mineralogical studies designed to reveal the structure and formation conditions of the abundant phyllosilicates in the CI and CM chondrites, and studies of the structure, distribution and formation conditions of organics in the carbonaceous chondrites. He also leads projects designed to understand the chemistry and mineralogy of rock surface coatings, with particular emphasis on the laminated, Mn-rich coatings of arid terrestrial environments. Dr. Garvie serves as an Associate Editor for American Mineralogist. Photo by Charlie Leight/ASU Now.

Amy J. G. Jurewicz(Assistant Research Professor, Center for Meteorite Studies and School of Earth & Space Exploration) Ph. D. Rensselaer Polytechnic Institute (1986) – Dr. Jurewicz’s research currently focuses on the recovery and analysis of the GENESIS solar-wind collector materials. Solar wind is a direct analog of the early solar nebula, so from its composition we will glean insight into how our Solar System formed. Genesis is a NASA mission which collected solar-wind sample for two years, prior to a hard landing in Utah during the return to Earth. Before Genesis, Dr. Jurewicz’s research included work on a number of NASA missions, as well as the fabrication of meteorite analogs for the purpose of determining how one meteorite could be formed from another through natural, early Solar System processes. 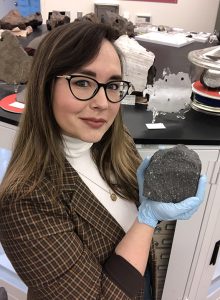 Jemma Davidson(Assistant Research Scientist, Center for Meteorite Studies and School of Earth & Space Exploration) Ph. D. Open University (2009) – Dr. Davidson is an isotope geochemist and petrologist who specializes in the study of primitive astromaterials. Her expertise lie in the petrology and isotope chemistry of carbonaceous chondrites (including CM, CO, CR, CV, CK, and ungrouped carbonaceous chondrites), interplanetary dust particles, and their organic and presolar grain components. She also studies ordinary chondrites and Hayabusa-returned particles from asteroid Itokawa. Her research aims to identify and characterize primitive early solar system samples to aid understanding of the material from which small bodies formed, and then to trace changes in this material as a result of pre- and post-accretionary processes to understand asteroidal evolution in the early solar system. Dr. Davidson has performed in situ isotopic studies of organic matter and presolar grains, using their abundances and chemistry as tracers of the effects of parent body processing in primitive chondrites. She has also studied the petrological, chemical, and isotopic links between CK (Karoonda-like) and CV (Vigarano-like) carbonaceous chondrites, and the CO (Ornans-like) and CM (Mighei-like) chondrites in order to test the common parent body hypotheses for these meteorite clans. In addition to advanced sample-preparation techniques, Dr. Davidson’s analytical specialties include SIMS (Secondary Ionization Mass Spectrometry; including NanoSIMS, ims-1280, and ims-6f), EPMA (Electron Probe Microanalysis), SEM (Scanning Electron Microscopy), microRaman spectroscopy, and Scanning Transmission X-ray Microscopy (STXM) based X-ray Absorption Near-Edge Spectroscopy (XANES). 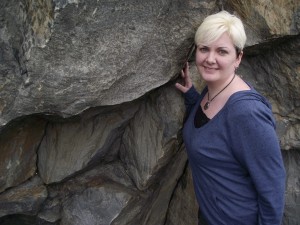 Rebekah Hines (Research Professional, Center for Meteorite Studies and School of Earth & Space Exploration) M. Sc. University of Saskatchewan (2001) – Rebekah Hines has over 18 years’ experience in the conservation and management of natural history collections, as well as educational outreach programming. This enables her to serve a multidisciplinary role in the Center, where she has undertaken a diversity of projects including development and implementation of museum exhibits and loanable education modules, construction of relational collection databases, design of state-of-the-art natural history collection housing and consequent collection relocation, content development for education and outreach programming, and website administration. In addition, she oversees cleanroom operations and students in the School of Earth and Space Exploration’s Class 1,000 Isotope Cosmochemistry and Geochronology Laboratory. 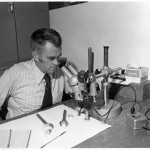 Carleton Moore (Founding Director, Center for Meteorite Studies;  Emeritus Professor, ASU School of Earth & Space Exploration; Emeritus Regents Professor, ASU School of Molecular Sciences) Ph. D. California Institute of Technology (1960) – Dr. Moore was editor of the journal Meteoritics for 20 years. He was a member of the Lunar Sample Preliminary Examination Team for the Apollo program and a principal investigator for the returned lunar sample program for all the Apollo missions. Dr. Moore’s research efforts have focused on the geochemistry of meteorites, lunar samples and analytical geochemical problems. Additional research interests have taken advantage of the great statistical depth present in the Center’s collections, including statistical studies of meteorite compositions and homogeneity, the origin of the low calcium achondrites, trace elements in iron meteorites, and high- and low-temperature phases, including organic compounds, in carbonaceous chondrites.