1) Stellar evolution
Some meteorites contain grains of dust (“stardust”) that were produced by stars before the formation of our Solar System.  Studies of these presolar grains can increase our understanding of star formation and evolution.
Image credit: NASA/JPL-Caltech
2) Age and composition of the Solar System 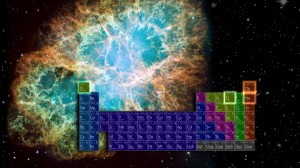 By analysing the concentrations of multiple elements and their isotopes in meteorites, researchers at the ASU Center for Meteorite Studies are adding to our knowledge of the age and bulk chemical composition of the Solar System and the order in which different components in meteorites, their parent bodies, and the Solar System formed.
Image credit: NASA/ESA
3) Solar System evolution
In the ASU Center for Meteorite Studies, the analysis of different types of meteorites and their components in our cutting-edge research laboratories is leading to new knowledge of the earliest conditions in our Solar System, and determining the pathways to forming habitable worlds.
4) Geologic history of Earth and the Moon 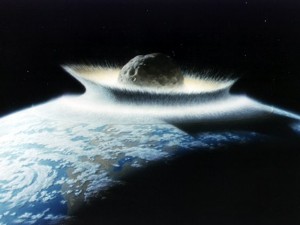 Large meteorite impacts have shaped the face of our planet and the Moon through time. Many scientists believe that a very large impact was even responsible for the formation of the Moon.
Image Credit: NASA/Don Davis
5) History of life
Meteorites may have brought to Earth the components necessary for life – organic compounds such as carboxylic acids, complex amino acids, aliphatic amines, acetic acid and formic acid can be transported great distances inside space rocks.  Additionally, large meteorite impacts, like the one ~65 million years ago that killed off the dinosaurs, can lead to major extinctions and influence the course of life on our planet.