According to the Meteoritical Bulletin (MB 56):

A fireball was observed and a sonic boom was heard.  Meteoritic material was recovered from three separate sites in sandy, desert terrain by tribesmen. 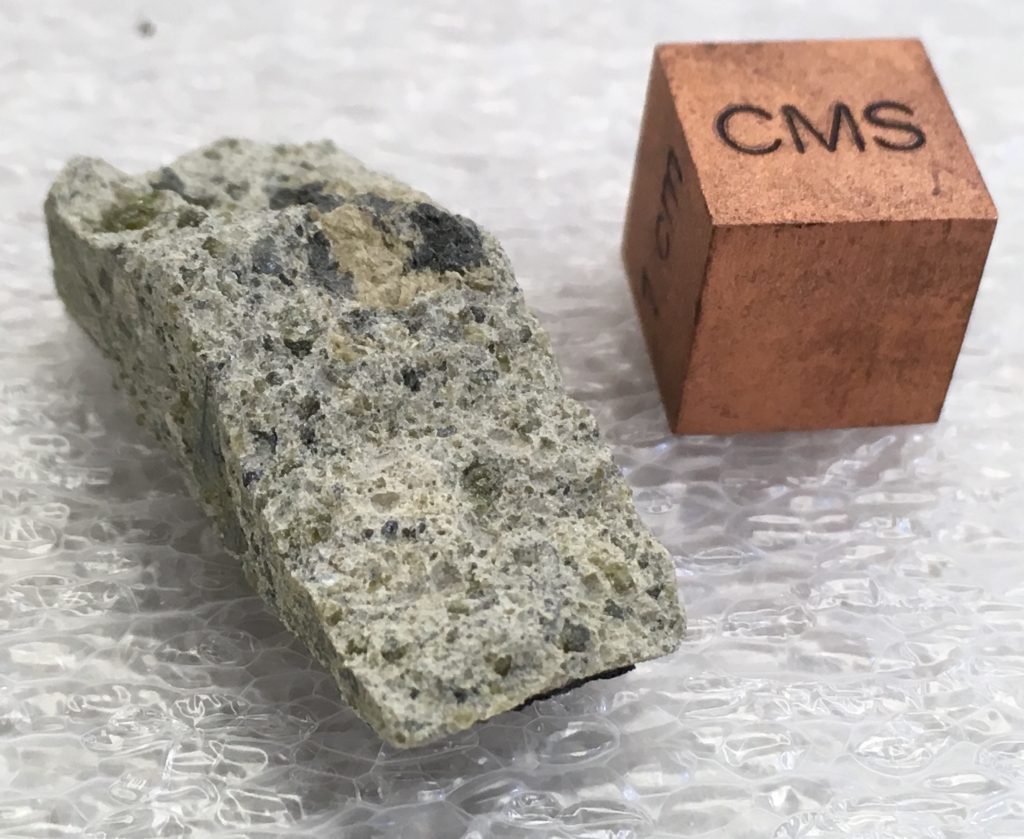 Part of the HED (Howardites, Eucrites and Diogenites) group of achondrites, diogenites are believed to originate in the crust of Asteroid 4-Vesta.

According to radioisotope dating, the HED achondrites crystallized between 4.43 and 4.55 billion years ago.

Diogenites are plutonic igneous rocks that form deep in the crust and cool very slowly, resulting in large crystals.

They are named for the ancient Greek philosopher Diogenes, who was the first to suggest that meteorites were not terrestrial rocks, and actually originated in space. Photo ASU/CMS.