November’s Meteorite of the Month is Bath Furnace, an ordinary (L6) chondrite meteorite that fell the evening of November 15th, 1902, in Bath County, Kentucky.

According to Henry A. Ward (1903), the fireball was readily visible as far south as Georgia and Louisiana, and as far north as Ohio, and was witnessed by two different scientific observors, in Ohio and Kentucky. He writes that the meteorite fall was locally heralded by loud detonations, which local residents took to be nitroglycerine blasts often heard from the nearby Ragland oil fields. The stone landed on a road, at the site of an old settlement called Bath Furnace, and was recovered the next morning by a local homeowner. The finder later reported to Ward that the meteorite “came through the air, whizzing like a steam-saw going through a plank”.

Because the date of the fall coincided with the yearly Leonid meteor shower, it was initially suggested that Bath Furnace and other meteorites recovered around the same date in previous years were produced by the meteor shower. This suggestion was later dismissed, however, as meteor showers are the result of Earth’s orbit entering a field of dust-sized cometary debris, while most meteorites originate in the asteroid belt between Mars and Jupiter. Meteorites can, and do, fall anywhere on Earth, at any time of year. 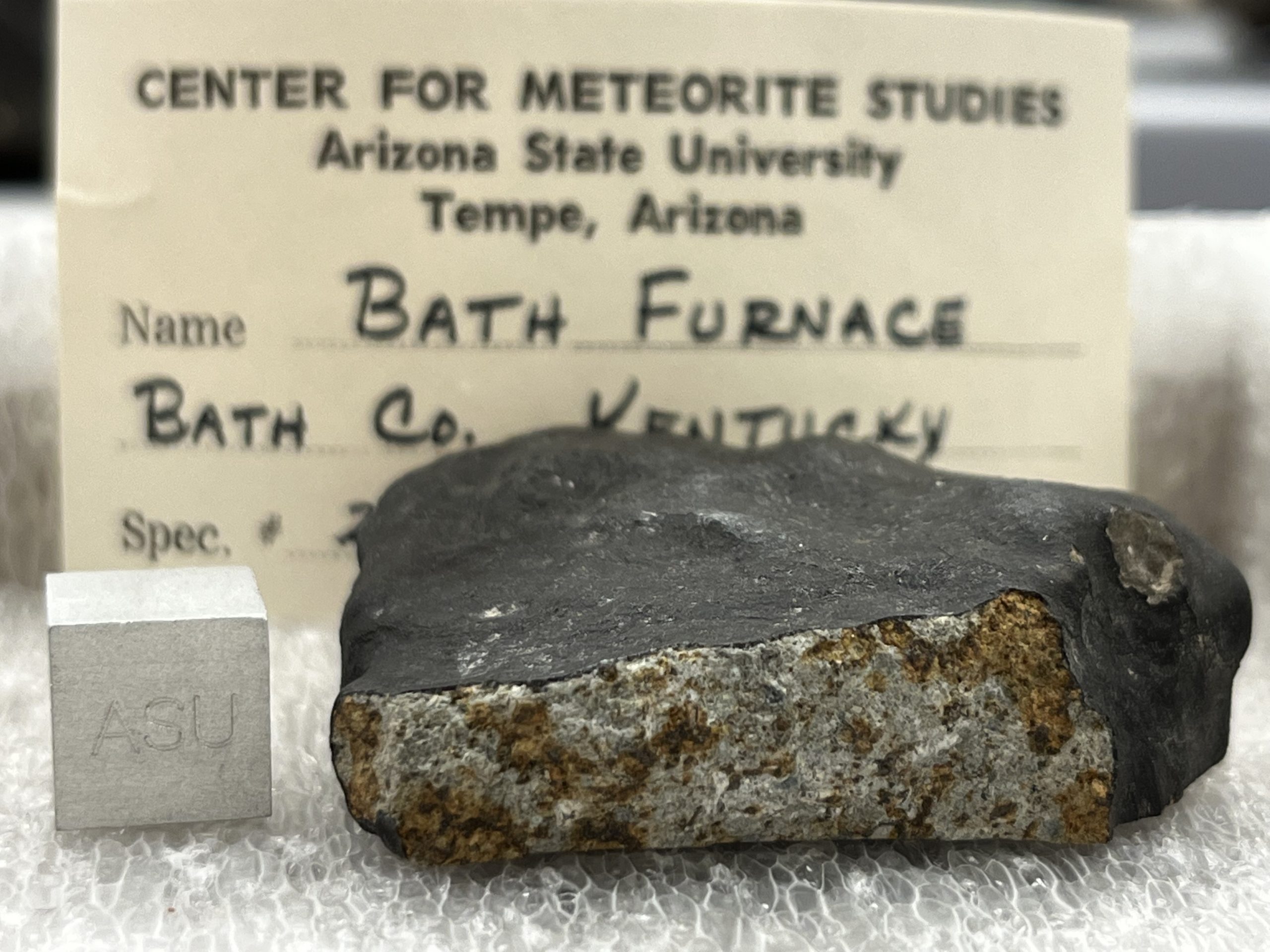