Battle Mountain is an ordinary (L6) chondrite that fell in Humbolt County, Nevada, August 22 of 2012.

According to the Meteoritical Bulletin (MB101):
The fall was observed in weather radar imagery from the US NEXRAD radar network, operated by the US National Weather Service.  The discovery and analysis was done by Dr. Marc Fries, Galactic Analytics LLC. The KLRX radar in Elko, Nevada, is approximately 33 km from the fall site and recorded the fall in eight radar sweeps between 0619.26 UTC and 0621.03 UTC. This time span of 97 s is short compared to other meteorite falls observed by radar. This could be a result of meteorite production by a single, large breakup event, by relatively little fragmentation, or a combination of the two factors.  The first stone was found on September 1, 2012, 10:50 AM (PDT) by Robert Verish; it weighs 19.25 g. As of 3 Oct 2012, at least 23 stones with a total mass of ~2.9 kg have been reported.
Read the full Meteoritical Bulletin entry for Battle Mountain, here! 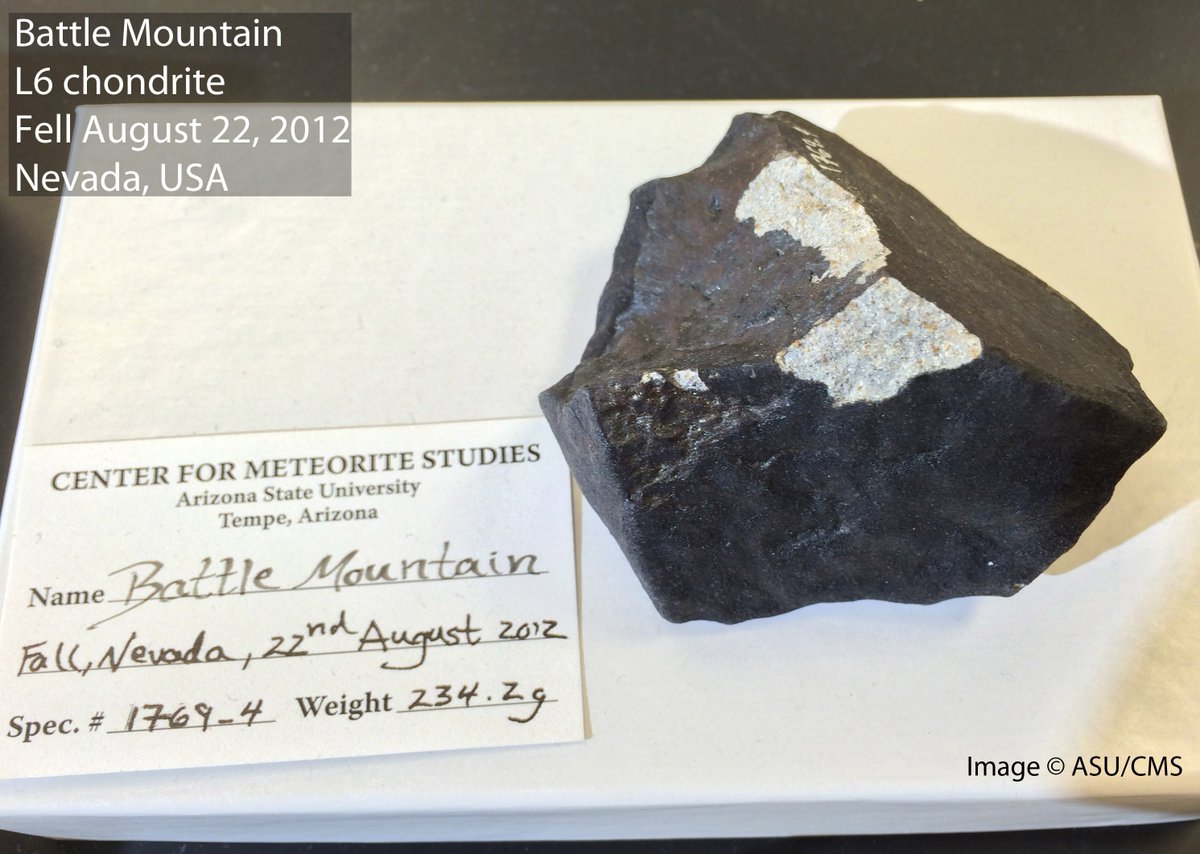