Benguerir is an (LL6) ordinary chondrite that fell in Morocco in 2004.

According to the Meteoritical Bulletin (MB 89):
A meteorite shower was witnessed to fall near Benguerir (~50 km due north of Marrakesh, Morocco) by local people on 2004 November 22nd at ~11:45 GMT. The fall had an east-to-west trajectory. The estimated total recovered mass is ~25-30 kg. Three stones fell at the following localities: Douar Lfokra, Ahl Fouim Sakhra Lourania and Douar Tnaja. Two additional stones were also found further west, near Si Abdellah and Tnine Bouchane. A stone weighing ~4 kg, possibly recovered at Douar Tnaja, shows dull black fusion crust and regmaglypts on one side, and it is presently held at the office of the Govenor of the Kelaa Sraghna Province. Another stone weighing ~1.2 kg, possibly from Douar Lfokra, is kept in the laboratory of the Gendarmerie Royale.

To date, 25 kg of the Benguerir meteorite have been recovered. 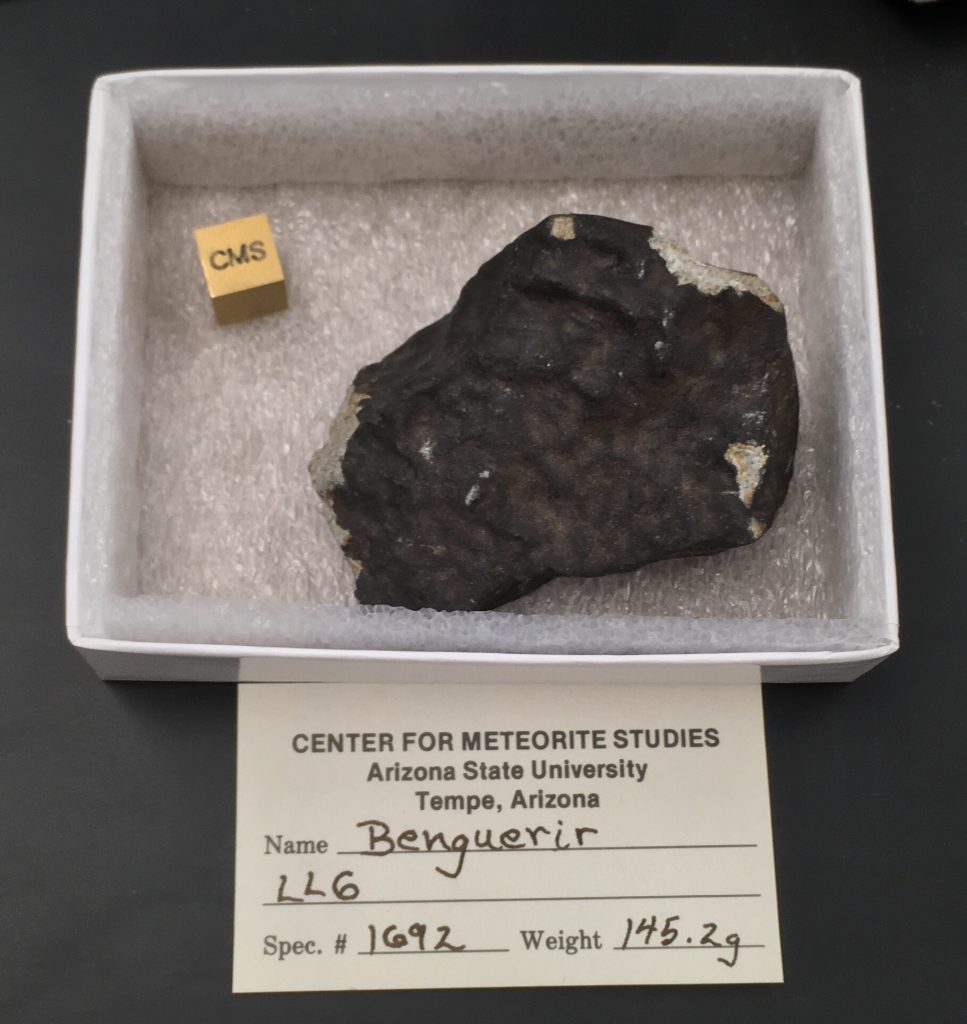