Bovedy is an (L3) ordinary chondrite that fell in Northern Ireland the night of April 25, 1969, near Belfast. The Meteoritical Bulletin (MB 46) describes the fall:

"The fireball was seen all the way from Sussex through London, Doncaster and Yorkshire to Northern Ireland toward Belfast. It was moving from ESE to W NW very rapidly. There was a swishing noise and people reported explosions. The largest fragment of the meteorite weighing 7,400 g was found near the village of Filrea, Londonderry County."

What makes Bovedy unique, is that its arrival was the first ever captured on audio recording. According to a paper published shortly after the event [E.J. Opik (1970) The Sonic Boom of the Boveedy Meteorite. Irish Astronomical Journal, 9(8), p. 308]:

"Miss Eileen M. Brown, of Bangor, County Down, Northern Ireland, an employee of the Telephone Exchange in Belfast, in pursuit of her hobby of recording bird songs was on that evening exposing as usual her tape recorder in the garden with the idyllic evening calls of the birds were suddenly interrupted by thunder.  She thought, indeed, that it was thunder albeit from a clear sky. Yet her father's dog thought differently – instead of panicking and seeking refuge at his master's feet as in the case of real thunder, he did not show any signs of alarm. So father concluded that it was not thunder, and indeed he and his dog were right."

Opik goes on to describe the audio recording:

"On the tape, among bird voices of the April evening, there occurs at first interference by a car passing the street in front of the garden, but this vanishes at the right time to give again prominence to the birds.  Then suddenly are heard the "gunfire" reports of the meteorite, three strong sharp detonations within less than half-a-second interval, followed by weaker ones during a few seconds.  Some five seconds after the "thunder" there followed barking of dogs"

Listen to the recording below, and read more about the Bovedy meteorite fall here, and here!

The Ulster Museum posted this photo on the occasion of the anniversary of the Bovedy meteorite: 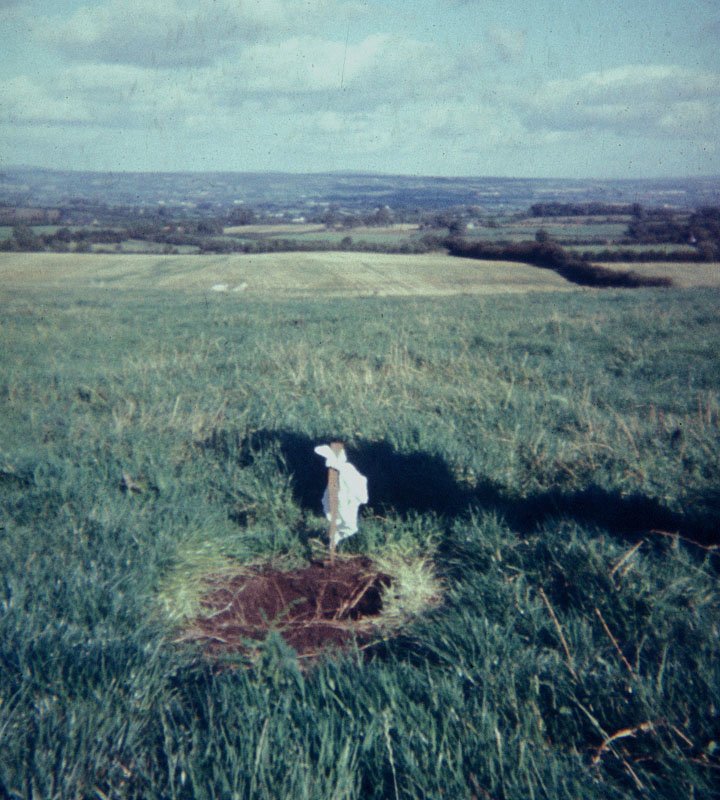