Breitscheid is an ordinary (H5) chondrite that fell the afternoon of August 11, 1956, in Hesse, Germany.

According to the Meteoritical Bulletin (MB 2):

The fall of the meteorite was observed as a short, light yellow, somewhat reddish fiery trail. Judging by the broken branches of trees and the aspect of the hole, it may be concluded that the meteorite fell from west to east at an angle of 45°. During the fall, sounds were heard resembling a locomo­tive letting out steam. No crash was heard. The meteorite was found 30 min. after its fall. The person who discovered the stone thought it must have fallen from an aeroplane that had recently flown past and that it was of no scientific value whatever.

To date, 1.5 kg (33 lb) of the Breitscheid meteorite have been recovered. 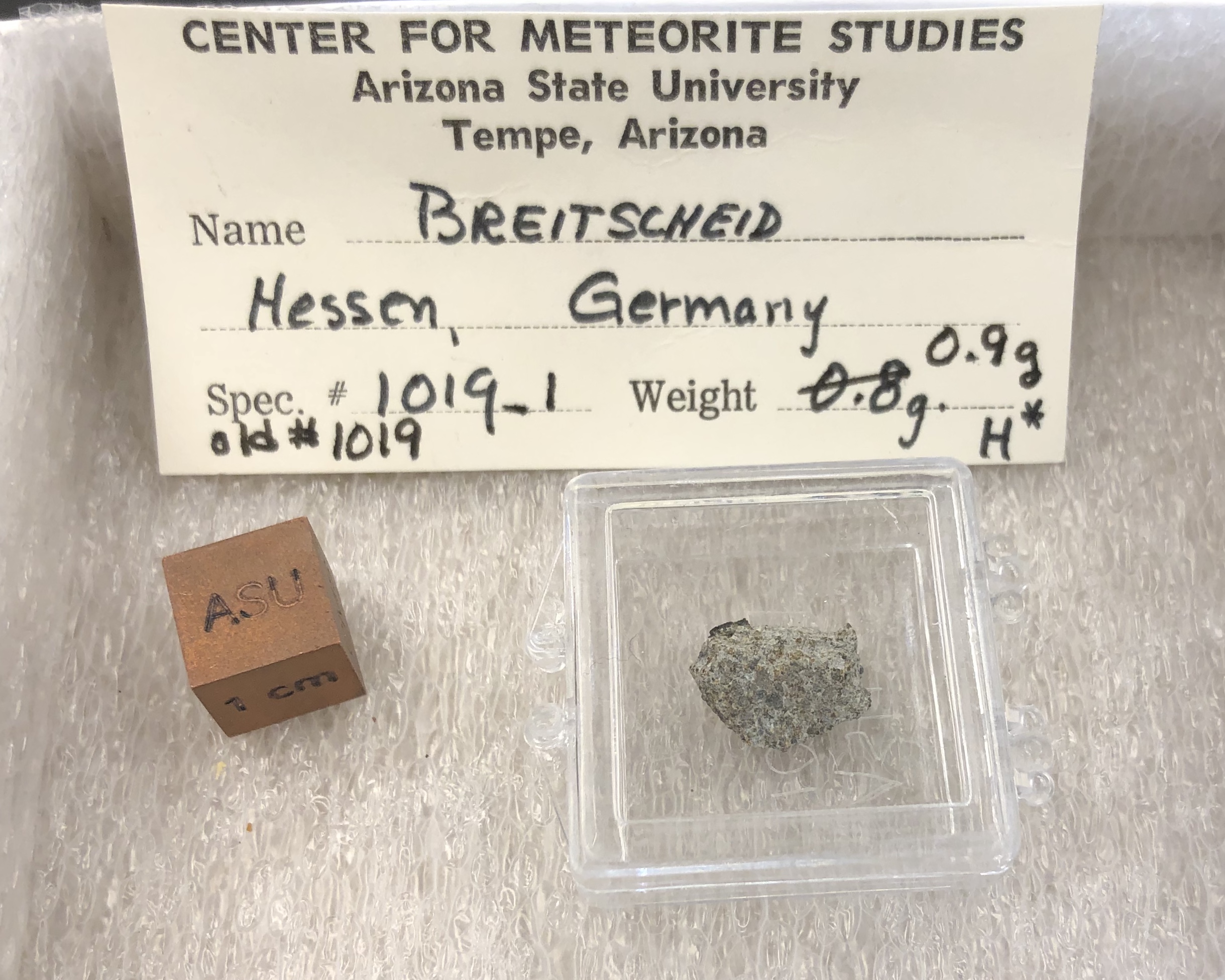