Canon City is an ordinary (H6) chondrite that fell in Fremont County, Colorado.

A meteor observed the evening of October 27, 1973, was likely associated with the meteorite, which was found after puncturing the roof of a garage sometime that same night.  While the house’s residents were away for the evening, the meteorite’s arrival surely surprised the family cat, who was in the garage at the time.

Though the meteorite broke into 4 pieces upon impact, 1.4 kg of material were recovered. 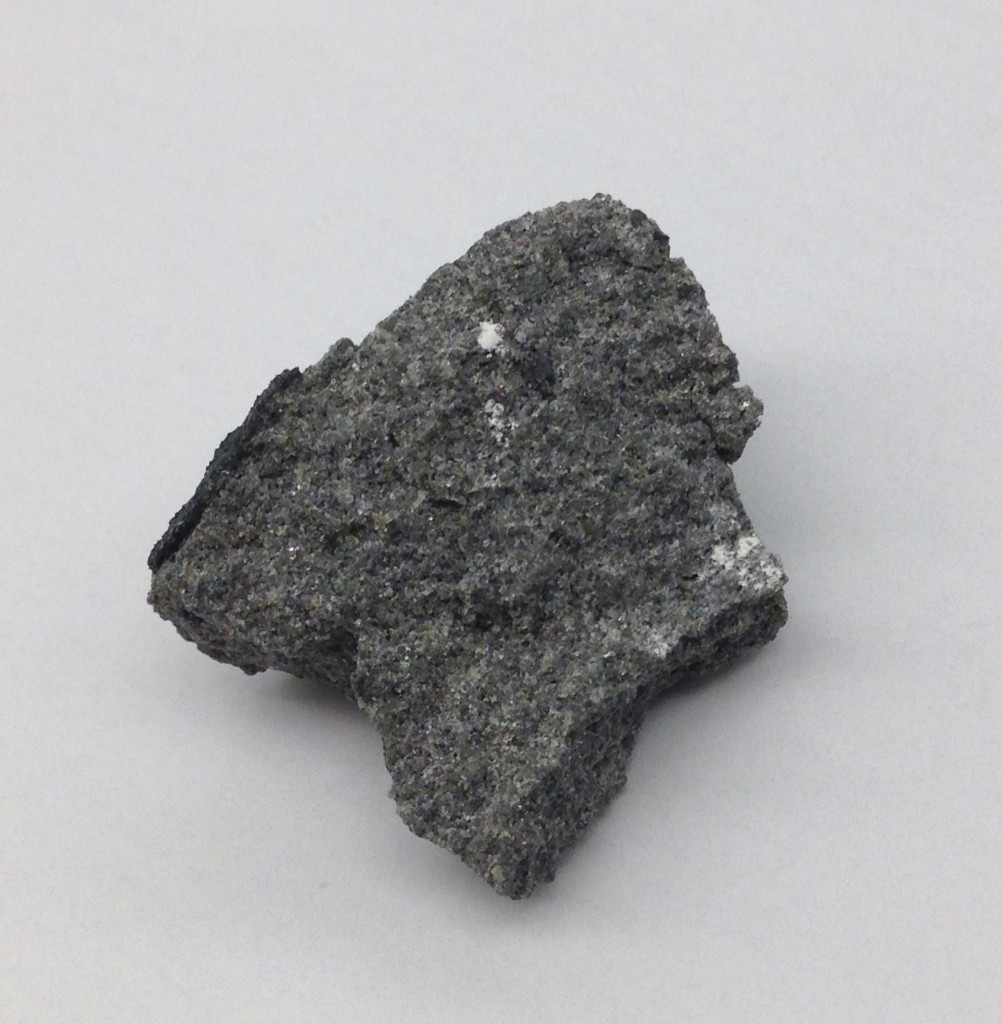