Chela is an ordinary chondrite (H4) that fell in the Kahama district of Tanzania around noon on July 12th, 1988.

According to the Meteoritical Bulletin (MB 68), locals were alerted to the fall by a loud noise and detonations. They collected several of the fallen stones, and some were sent to the police and to the Ministry of Mineral Resources. Almost 3 kg of this meteorite were recovered.

Chela is one of only 9 meteorites discovered in Tanzania. 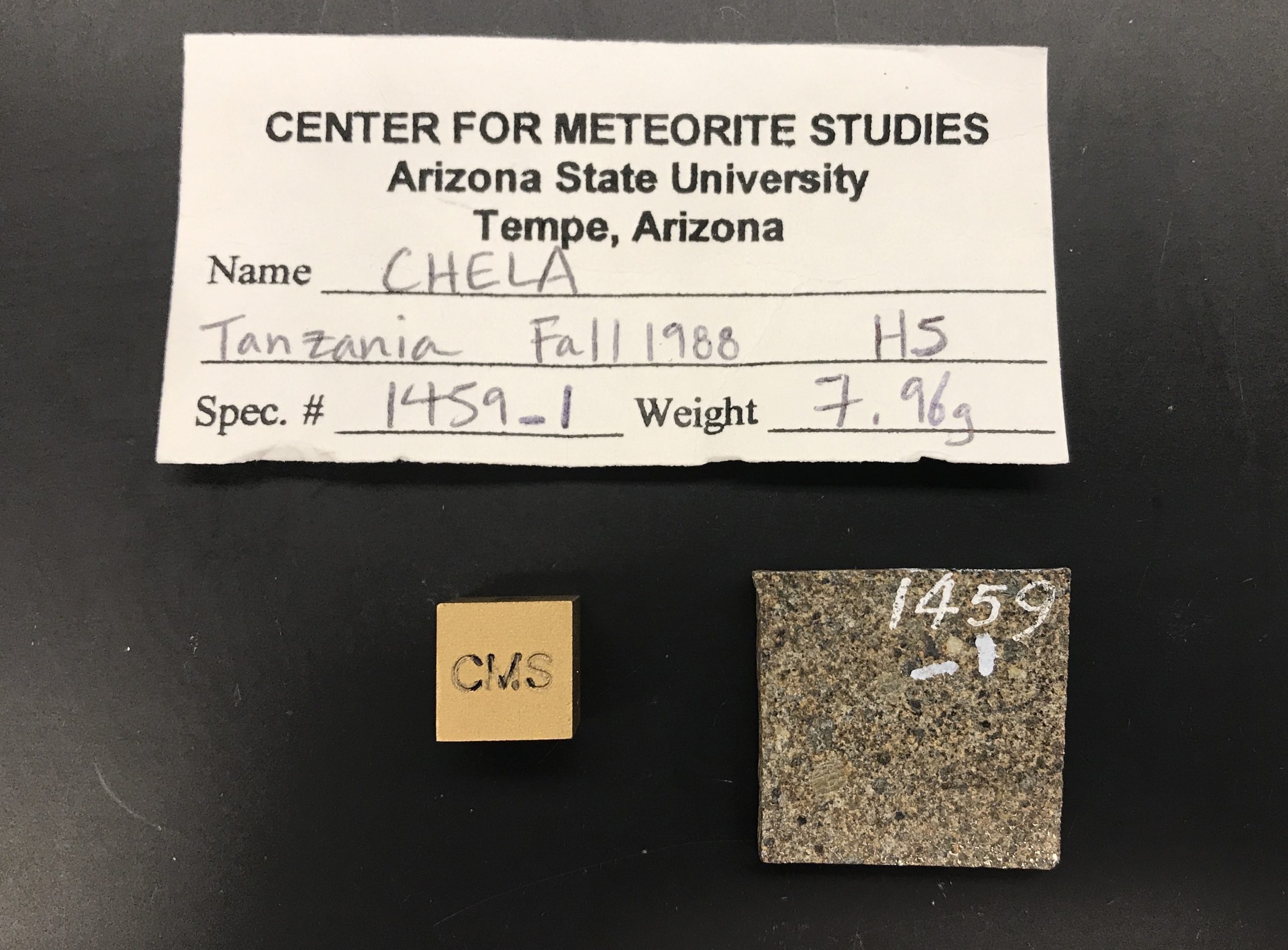