Chitado is an ordinary (L6) chondrite that fell in the province of Cunene, southwest Angola.

According to the Meteoritical Bulletin (MB 53):

On October 20, 1966, a shower of meteorites fell near Chitado, within an area of approximately 6 km2. Several stones weighing several hundred grams each and a few of some kilograms were collected and are preserved in the museum of the Servicos de Geologia e Minas in Luanda.

While the total recovered mass of this meteorite is unknown, the Center for Meteorite Studies collection holds 18g of Chitado.

Initially classified as an H6 chondrite, Chitado was reclassified, based on magnetic susceptibility (Rochette et al, 2003), as an L6 chondrite in 2003.

Photo: ASU/CMS. This piece of the Chitado meteorite measures approximately 2 inches at its widest point. 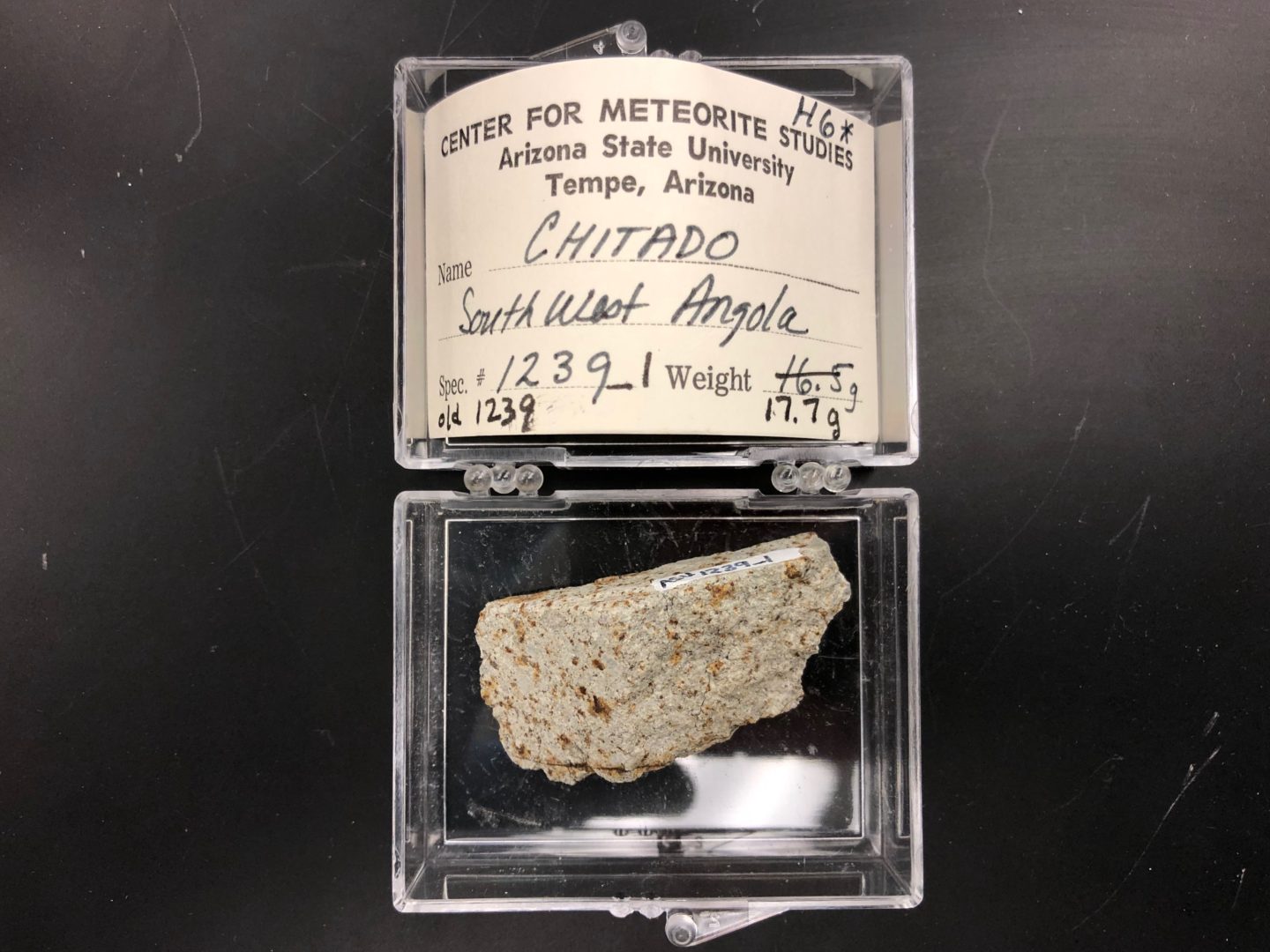