Cumberland Falls is an achondrite (aubrite) meteorite that fell in Kentucky, April 9 of 1919.

There were many witnesses to this daytime meteorite fall, given the brilliant fireball and sonic booms.  According to Miller (1919):

"The concussions produced by the bolide were terrific, causing buildings to rock, and  producting (SIC) the impression on some that the region was being visited by an earthquake. The first news of the phenomenon printed in the local papers so recorded it."

He also describes how telegraph and telephone operators tracked the bollide's progress, noting it in their event logs, and even alerting their colleagues further along the meteor's path to the imminent arrival of "this mysterious visitor".

Aubrites are dominated by enstatite, a pyroxene mineral containing Mg, Si, and O. This mineral is white in Cumberland Falls as opposed to the more normal green to brown, because it contains so little iron.

Aubrites are so reduced that they contain minerals not found, or rare, on Earth, including :

To date, 17 kg of the Cumberland Falls aubrite have been recovered. 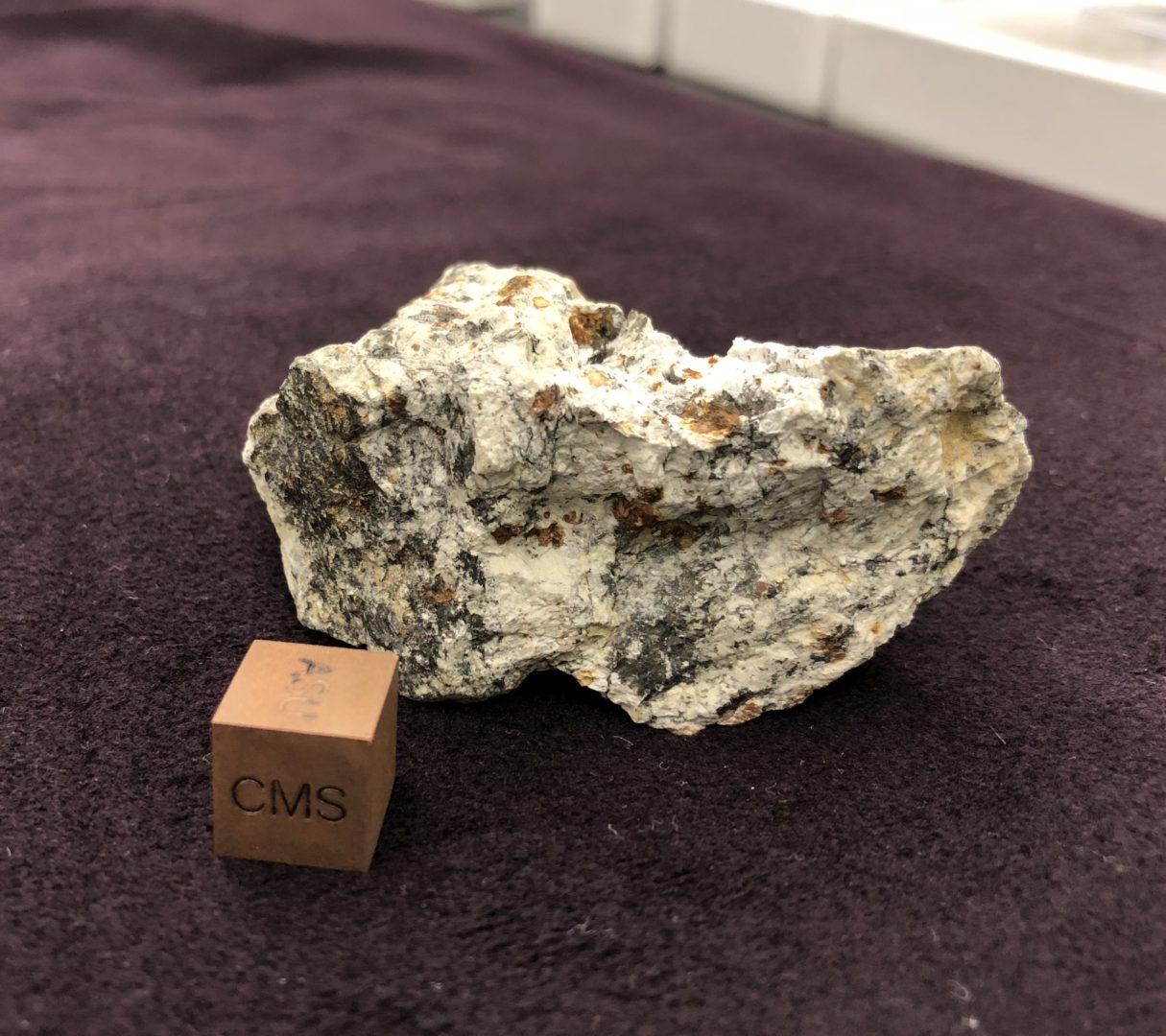