Hamlet is an ordinary (LL4) chondrite that fell the evening of October 13th, 1959, in Indiana.

According to the Meteoritical Bulletin (MB 17):

The meteorite struck a house, breaking off a piece of the gutter, and was found in the yard about 30 minutes after its fall. The stone has a conical shape; however, a piece broke off the apex before it was recovered and is still missing.

Read about the meteorite's reception in Hamlet, as told by a former resident of the town and recorded by the Starke County Historical Society! 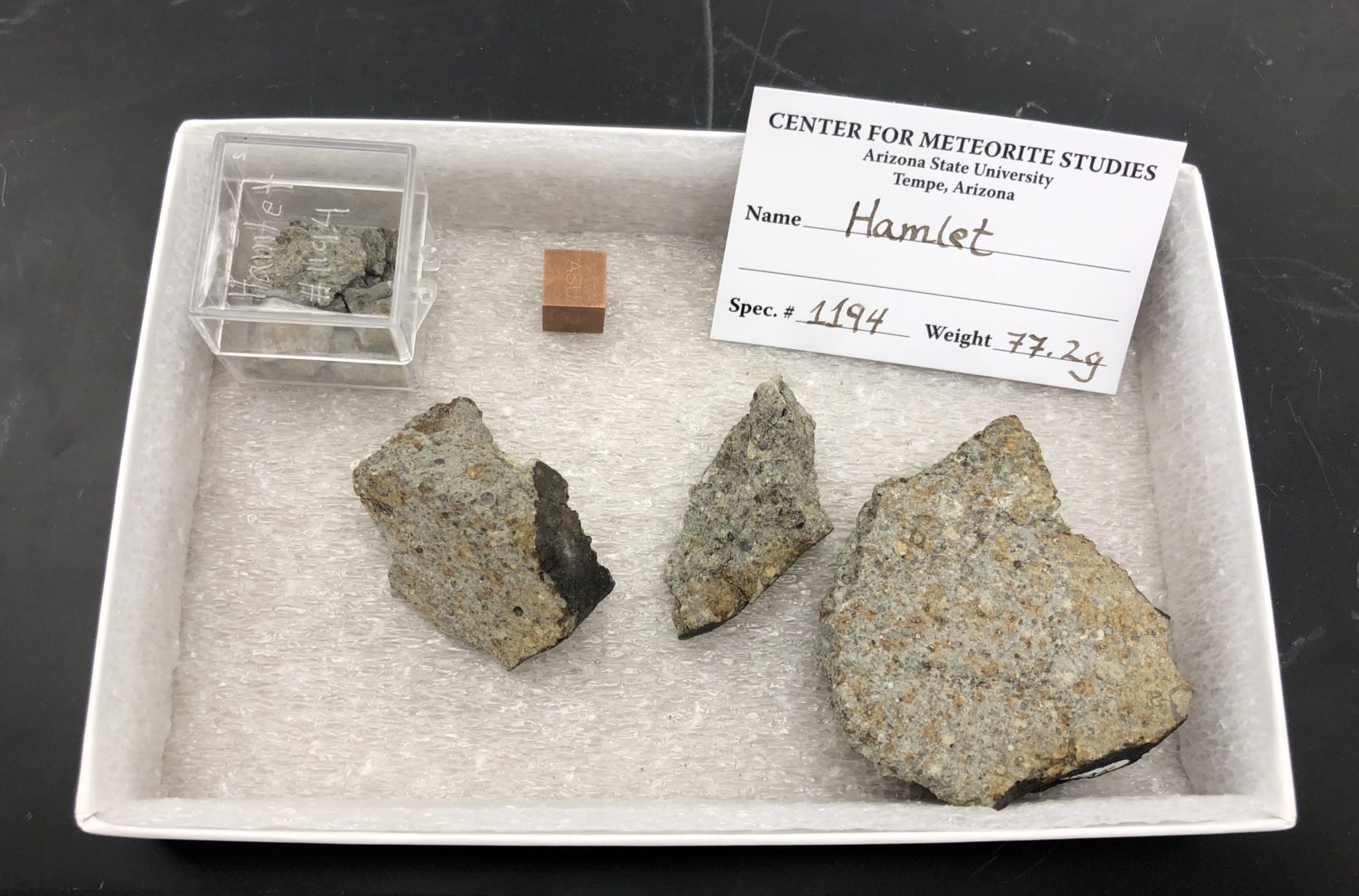