Ipiranga is an ordinary (H6) chondrite that fell the morning of December 27, 1972, in Brazil.

According to the Meteoritical Bulletin (MB 52):

"A bright object heading in a westerly direction was seen to cross the cloudless morning sky of southwest Parana State. It appeared as an "airplane on fire" or a "flying torch" and was visible for several seconds before breaking up. A smoke trail lingered in the sky for over 15 minutes. Detonations lasted several seconds, and machine gun sounds were heard over a much longer period. Houses were shaken, cups tinkled, doors trembled and windows and bookstands vibrated." 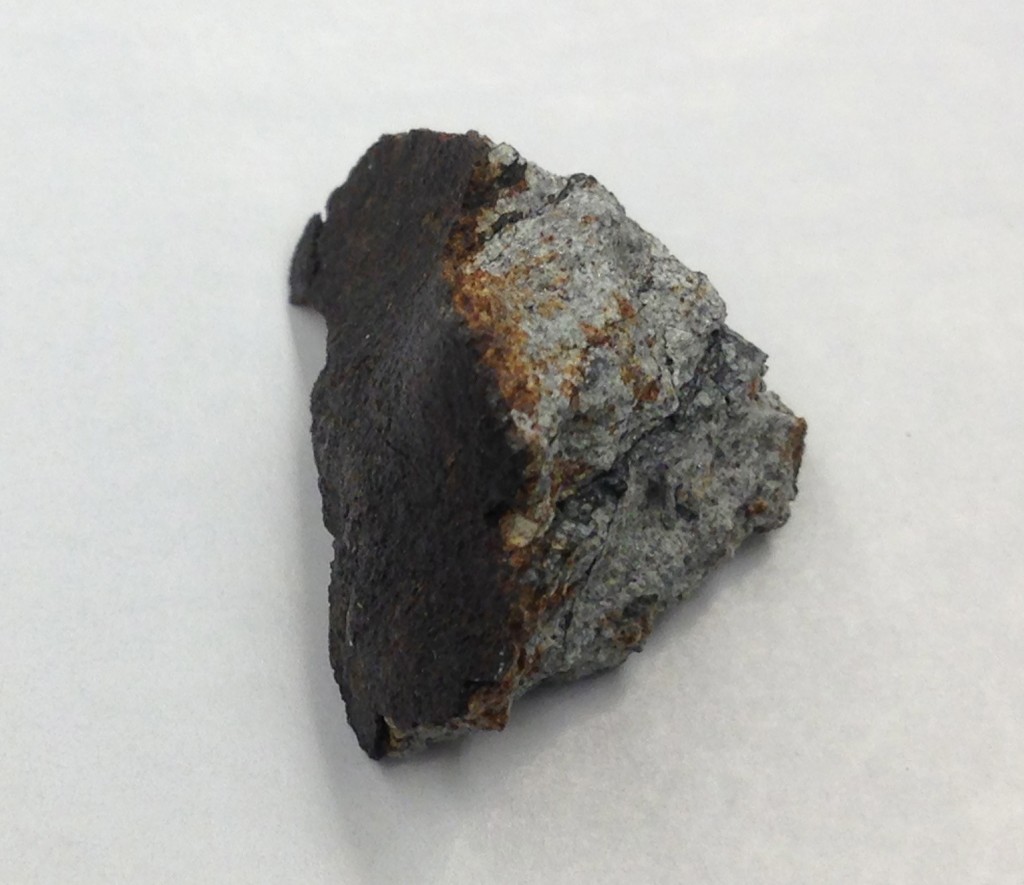