Katol is an (L6) ordinary chondrite that fell over the town of Katol, in the Nagpur District of India, the afternoon of May 22, 2012.

The Meteoritical Bulletin (MB 102) describes the fall of the Katol meteorite as a large shower of stones followed by 30 to 50 seconds of sonic booms.  At least 30 stones were initially collected, and 13 kg of material have been recovered to date.

Scientists from the Physical Research Laboratory in Ahmedabad visited the area shortly after the spectacular fall to document witness accounts and collect meteoritic material despite temperatures as high as 48C (118F).  They recovered meteorite pieces from a local school ground, and photographed a corrugated metal shed roof that had been pierced by a falling stone, as well as a brick in the shed floor that had been dislodged.  They also noted that:

"Since, the meteorite shower took place in a varied land cover with city dwellings, railway tracks, roads, agriculture field and barren land with several obstacles, it was difficult to scan through the entire region for recovering the meteorite fragments. Our interactions with many residents of the region revealed that almost each household found a fragment"

You can read the full report of the Katol expedition, including several photos, here! 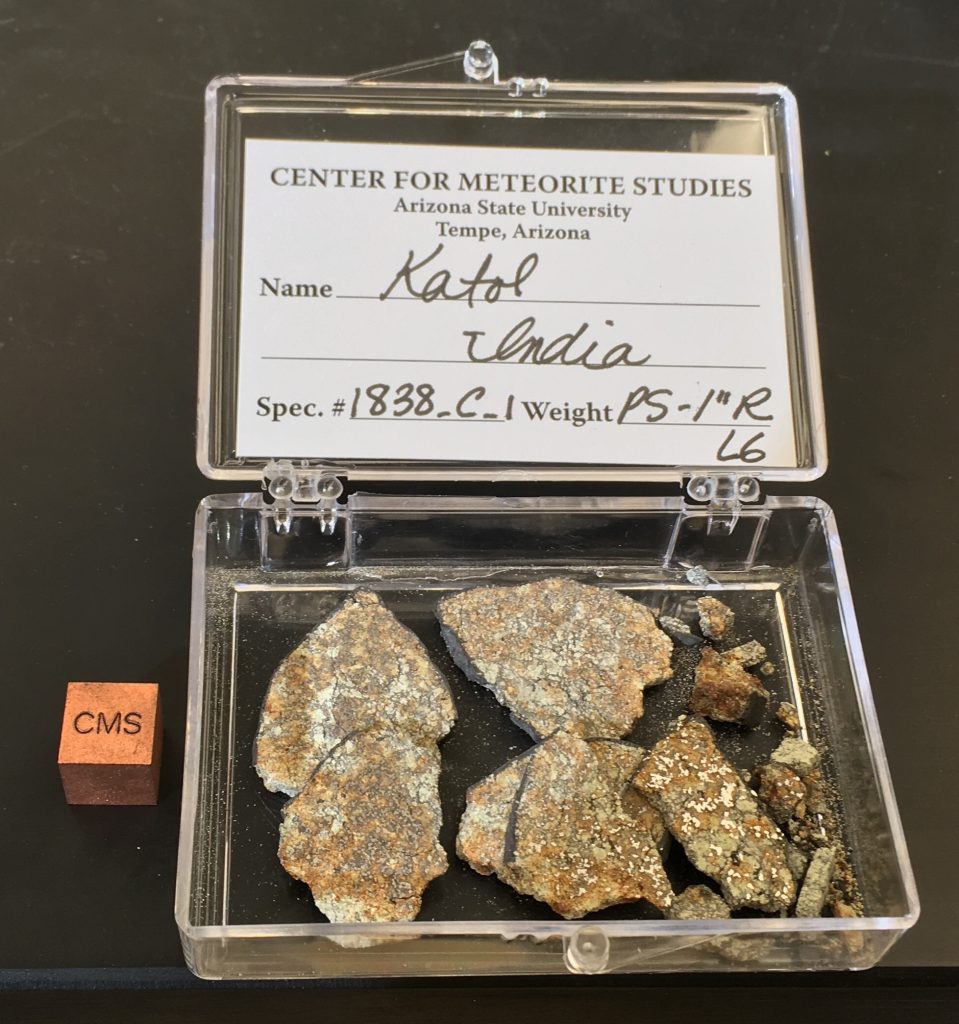 While the main mass of Katol is housed at the Geological Survey of India, the type specimen is held in the ASU Center for Meteorite Studies collection due to Center's role in its classification.