Kilabo is an ordinary (LL6) chondrite that fell the evening of July 21, 2002 in Nigeria.

According to the Meteoritical Bulletin (MB 87):

Mr. Mallam Yahava Muhammad of Hadejia, Nigeria, observed a brilliant fireball moving south to north. Two loud detonations were heard several minutes later. Mr. Mallam Audu and several neighbours in Kilabo heard the stone fall and later recovered it. The meteorite was found in the crater measuring 35 cm wide by 20 cm deep in sandy soil. The meteorite had fragmented on impact into many pieces, the largest of which was 2.2 kg. A total weight of ~19 kg was recovered. Stones were recovered in five villages in the region, with the largest piece in Kilabo. 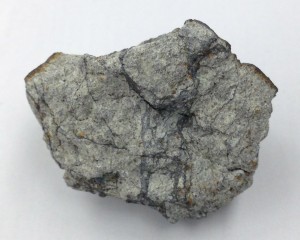