Manitouwabing is an iron (IIIAB) meteorite found south of Manitouwabing Lake, Ontario, Canada, in November of 1962.

In his 1964 paper, The Metallography of Manitouwabing, Parry Sound, Ontario: A New Canadian Siderite, R. Knox Jr. describes how the meteorite was identified:

About a dozen years ago Philip Johnson, a furniture manufacturer of Parry Sound, Ontario, did some blasting on his property near Lake Manitouwabing, between the villages of Hurdville and Broadbent in the Parry Sound District. Some of the rocks loosened by the blast were selected for mineral assaying; the remainder were placed in a pile and all but forgotten until the autumn of 1962, when Johnson returned to the pile for additional samples. Among these latter, … was an eighty-five pound black rock, which, Johnson feels, was not part of the original pile.

Shortly thereafter, Mrs. Donald Hunter, an amateur geologist, … visited the Johnson shop on camp business. She chanced to see the peculiar black rock and, thinking it might be a meteorite, promptly notified the University of Toronto. Dr. Peter Peach and Dr. Donald Gorman, both of the University's Department of Geology, visited Parry Sound and confirmed Mrs. Hunter's diagnosis.

While the Meteoritical Bulletin (MB 26) entry for Manitouwabing lists the original fall date as no earlier than the summer of 1949, Knox's 1964 paper refers to "considerable evidence – not yet conclusive -" that would suggest the meteorite fell on an early winter morning in 1954.

The Manitouwabing meteorite weighs in at 39 kg (86 lb), and is one of 8 iron meteorites recovered in the Canadian province of Ontario. 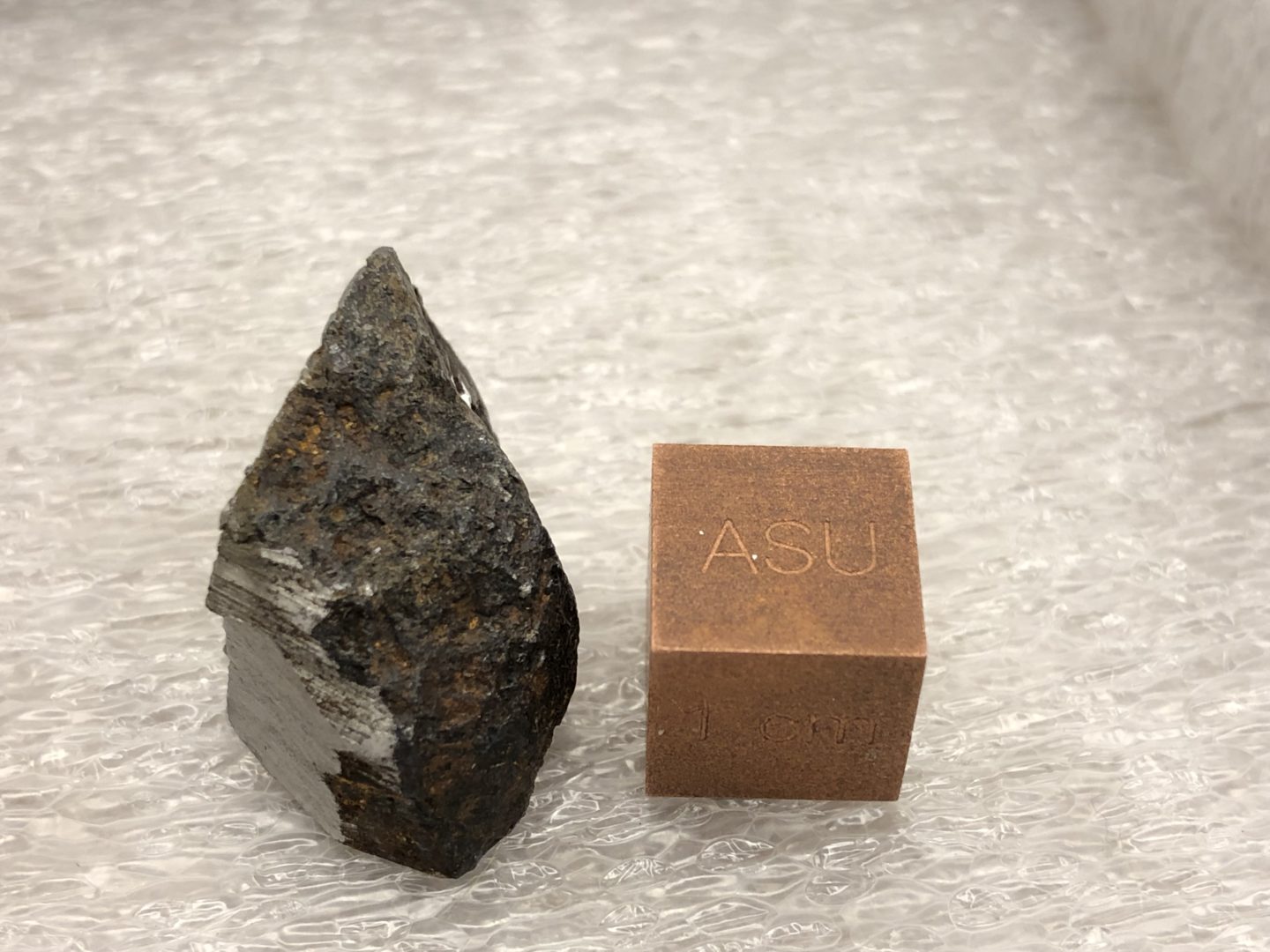