Menu
Sign In / Sign Out
Navigation for Entire University
Buseck Center for Meteorite Studies
Skip to content
Monahans (1998) is an (H5) ordinary chondrite that fell in Ward County, Texas, the evening of March 22, 1998.
According to the Meteoritical Bulletin (MB 82):
Two stones, weighing 1344 g and 1243 g, fell in the city of Monahans, Texas, after two sonic booms and a fireball were observed over a wide area (up to 100 km from the fall site).  One stone penetrated the asphalt on a city street and was found in the sandy subsurface. 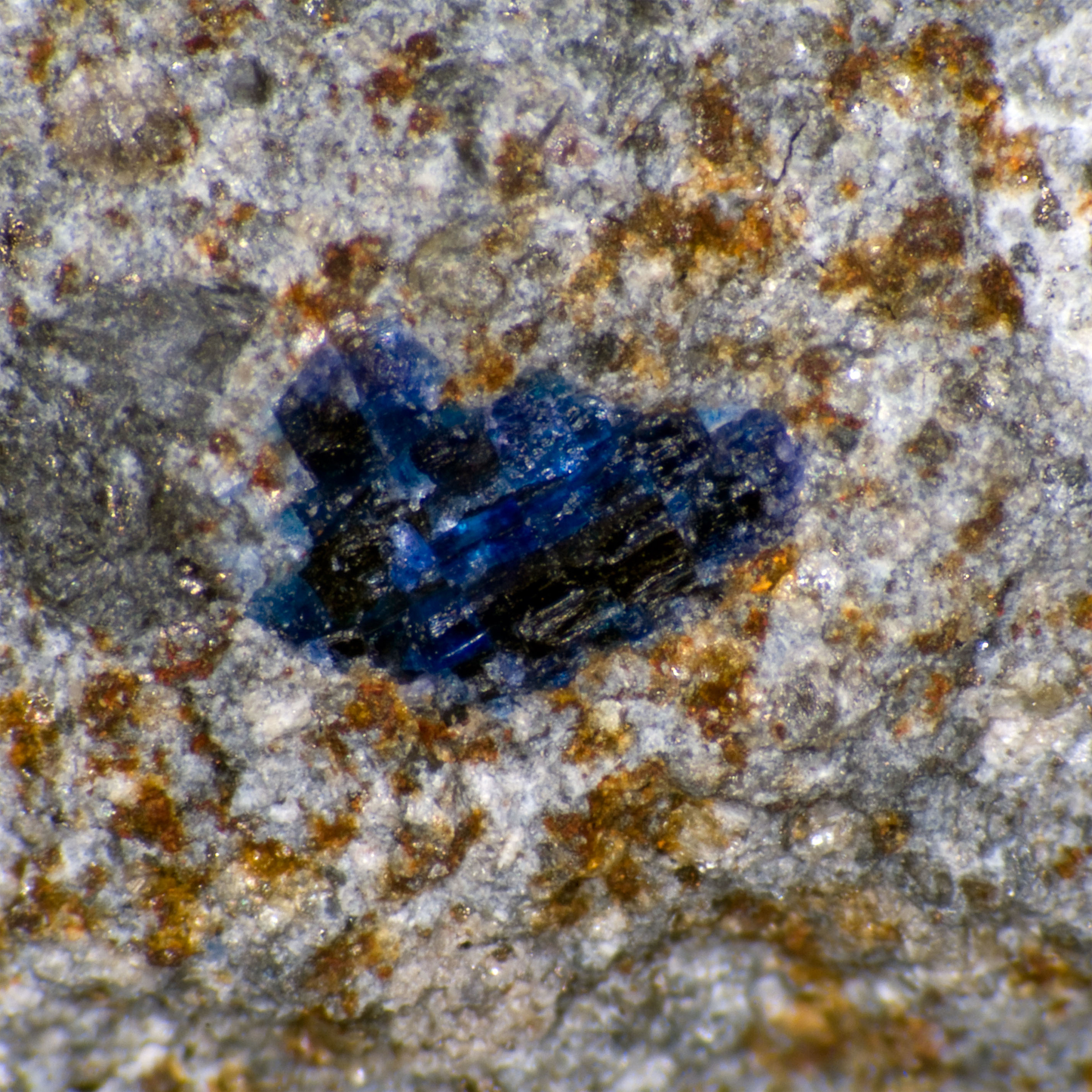 This photo shows a ~3mm blue halite (salt) crystal in the Monahans (1998) meteorite, as viewed under the microscope.  These halite crystals contain fluid inclusions – asteroidal water! Photo ⓒ ASU/CMS/Garvie.
The name Monahans is shared by two distinct meteorites; the other, Monahans (1938) is an iron meteorite also found in Ward County, TX, sixty years earlier. The ASU Center for Meteorite Studies houses specimens of both meteorites.