According to the Meteoritical Bulletin (MB 104):

In November, 2007, Brahim Oubadi from Bouanane, Morocco, was searching for meteorites on the Oued Bourdim wadi. He found many small pieces of a heavy rock (for its size) that looked different from the surrounding materials. Over the next few years, Mr. Oubadi found approximately 400 g. He sold the stones to a meteorite dealer in Boudnib, and they were subsequently sold at the Tucson Gem and Mineral show where they were nicknamed "Boudnib".

This photograph shows an area of metal in Oued Bourdim 001 stain-etched with sodium bisulfite. The kamacite is stained a kaleidoscope of colors. Tetrataenite/taenite is bright and shiny and the fine-grained plessite is dark. Photo ⓒ ASU/CMS/Garvie. 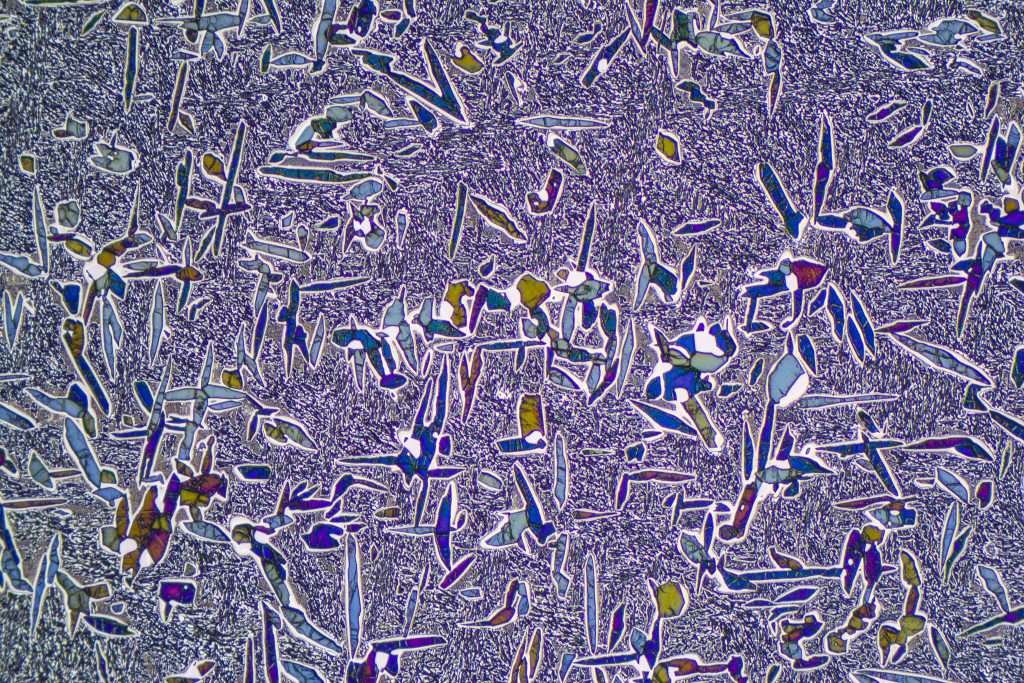