Ourique is an (H4) ordinary chondrite that fell in the early hours December 28, 1998, in Aldea del Palhieros, Baixa Alentejo, Portugal.

According to the Meteoritical Bulletin (MB 83):
Many stones with a total mass probably near 20 kg were recovered along a rural path after a brilliant fireball and loud noises were observed by several people. Antonio Silva recovered the first fragments two days after the fall and, subsequently, local villagers recovered other pieces. The meteorite made an elliptical crater … and most fragments were found within 55 m of the others.
Villagers who were up celebrating the winter holidays described a bright light in the sky that grew larger and larger; because they were at the endpoint of the meteorite's impact trajectory, they could see no lateral fireball movement. The Ourique meteorite fall created a 60 cm x 30 cm (24" x 12") crater, 20 cm (8") deep. 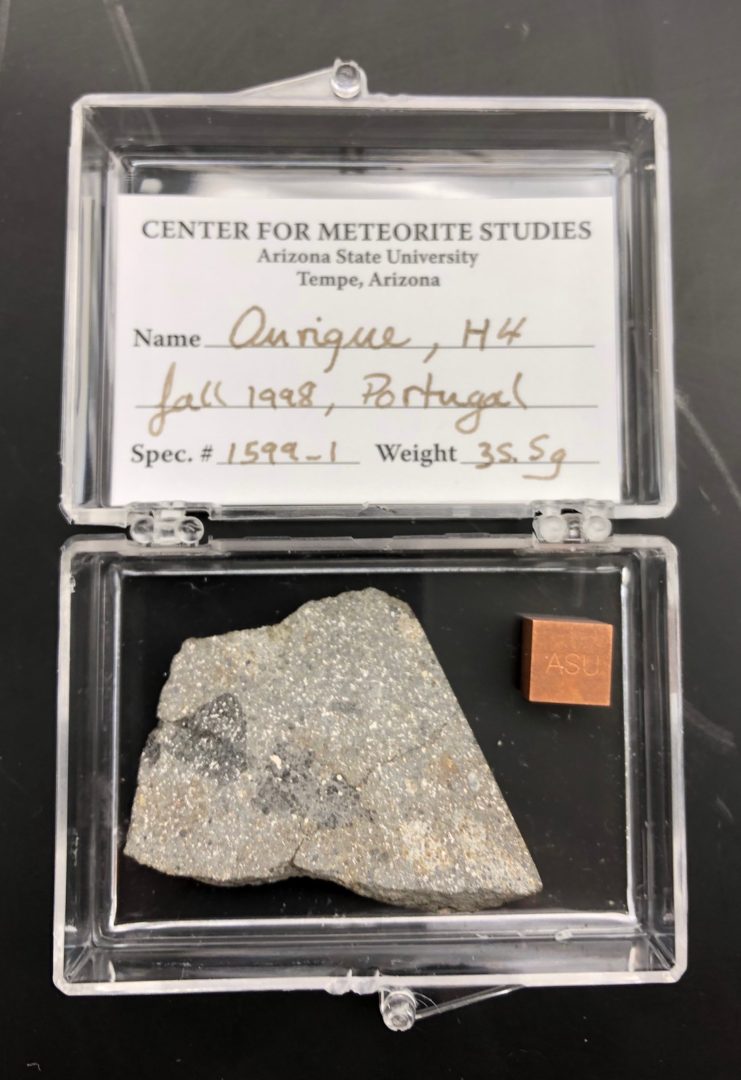