Ramsdorf is an ordinary (L6) chondrite that fell in Germany, the evening of July 26, 1958.

According to the Meteoritical Bulletin (MB 13):

The meteorite fell from a clear sky and neither light nor percussion phenomena were observed. The fall was accompanied by a noise similar to that of propeller; it started and stopped suddenly. Shortly afterwards children and young people discovered steam rising from a tube-shaped depres­sion in the ground. The following morning the depression was excavated and at a depth of 40 cm. the meteorite was discovered. The depression had an eastward direction and an incline angle of about 30° to the vertical. The children broke the meteorite into five parts which match each other, thus making it possible to reestablish the original shape of the meteorite; it is polyhedral with rounded ribs and regmaglipts visible in places.

Just over 10 lb (4.68 kg) of the Ramsdorf meteorite have been recovered. 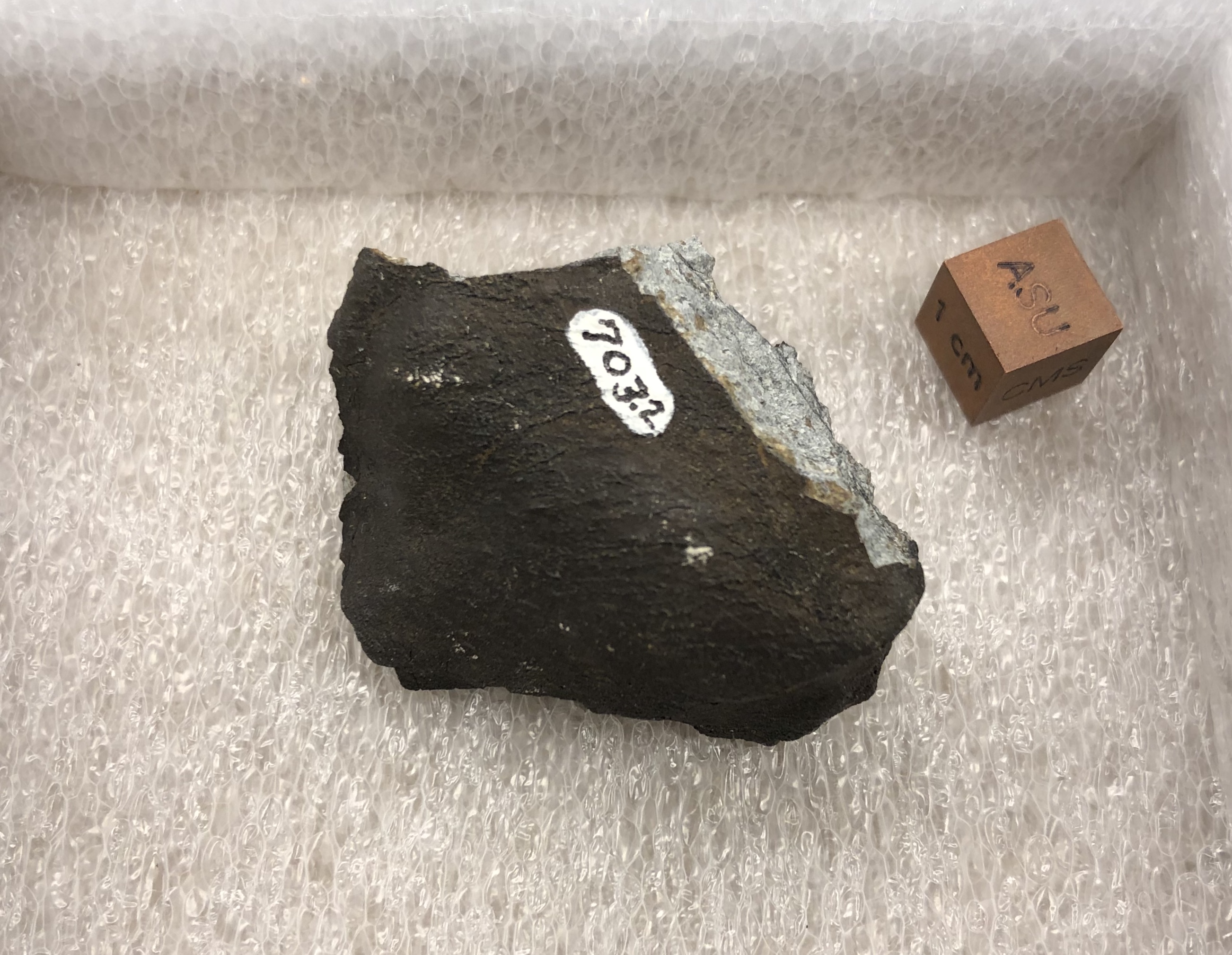