Rancho Gomelia is an iron (IIIAB) meteorite found near Durango, Mexico, in 1975.  Two pieces, weighing a total of 15.65 kilograms, were recovered.

This specimen of Rancho Gomelia measures approximately 8" in length, and displays an excellent Widmanstatten pattern (named for Count Alois von Beckh Widmanstatten, director of the Austrian Imperial Porcelain Works, in 1808), created by the interlocking crystal structure of two nickel-iron alloys.

Most iron meteorites are believed to originate in the cores of large asteroids.  When these asteroidal cores were exposed to the cold and vacuum of space as the result of cosmic collisions, the molten metal they comprised cooled over millions of years, resulting in the inter-grown metallic lamellae seen here. Photo © ASU/CMS. 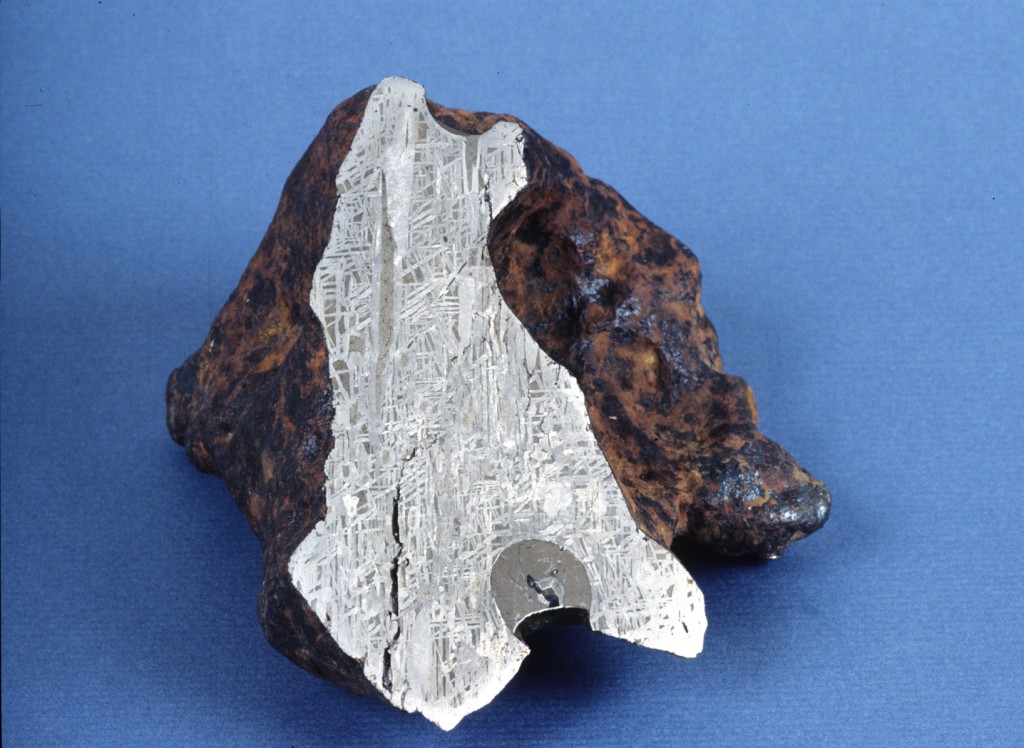