Rowena, an ordinary (H6) chondrite found in Australia, in January of 1962.

Over 34 kg of the Rowena meteorite were recovered after it was unearthed while plouging a paddock, in northern New South Wales; the plough had broken the meteorite into several pieces.  These pieces were sent from the Mining and Geological Museum, in Sydney, to the Australian Museum, where the Preparation Section reassembled them into a whole and chalked the outline of the original fusion crust (see photos, below, from Chalmers and Mason, 1977).

The meteorite was named for the nearby Rowena railway station. 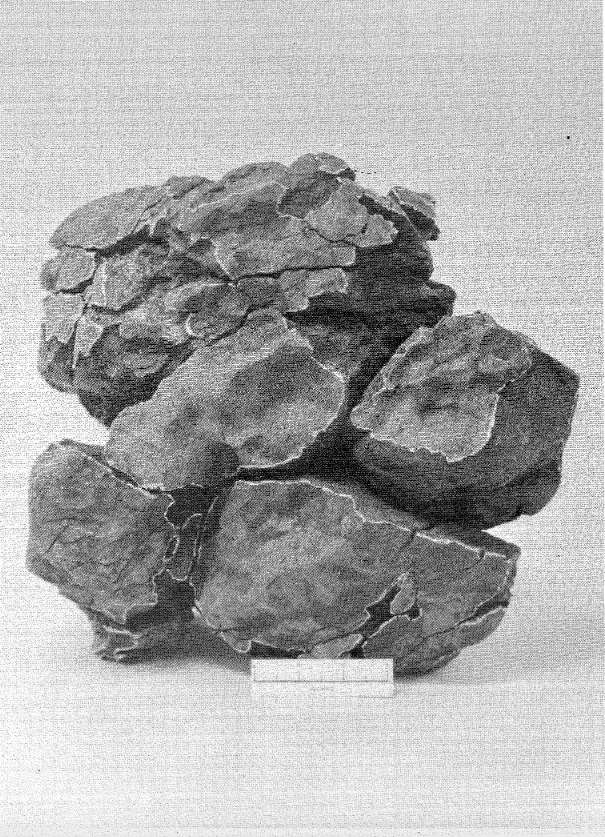 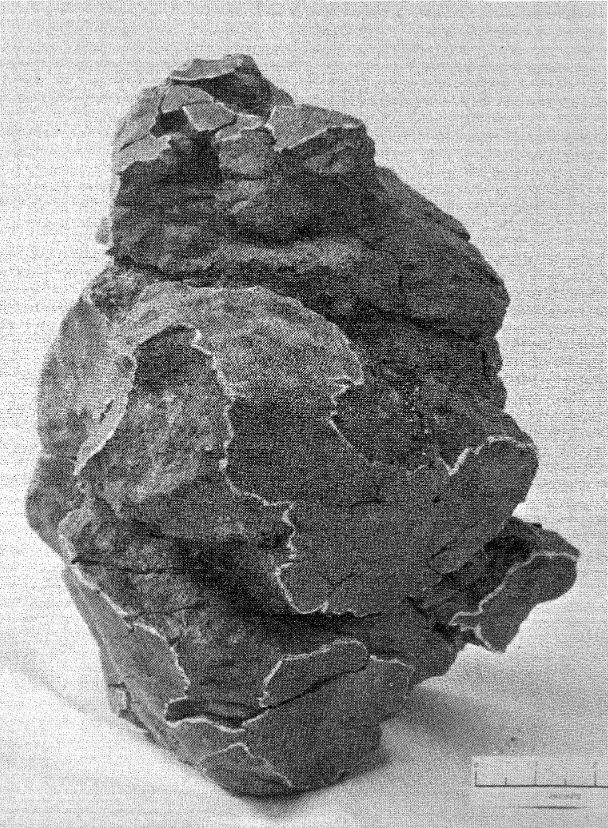