Springwater is a pallasite (PMG-an) found in Saskatchewan, Canada.

In August of 1931, Harvey H. Nininger received the first of several masses of the Springwater meteorite from citizens of Springwater, Saskatchewan, which is approximately 100 miles west of the city of Saskatoon. He later described the meteorite in American Mineralogist:

Nothing is known of the date of fall of this meteorite. It has evidently lain for many years in the soil. There is not, however, a heavy scale of oxide produced by weathering such as is common on Brenham and many other meteorites. Over much of the surface the original fusion crust is present and in a few places this crust remains unstained, showing clearly the flowage lines characteristic of fresh falls. Over most of the surface however it is completely discolored by a thin film of the products of weathering giving to the mass a rusty brown appearance. 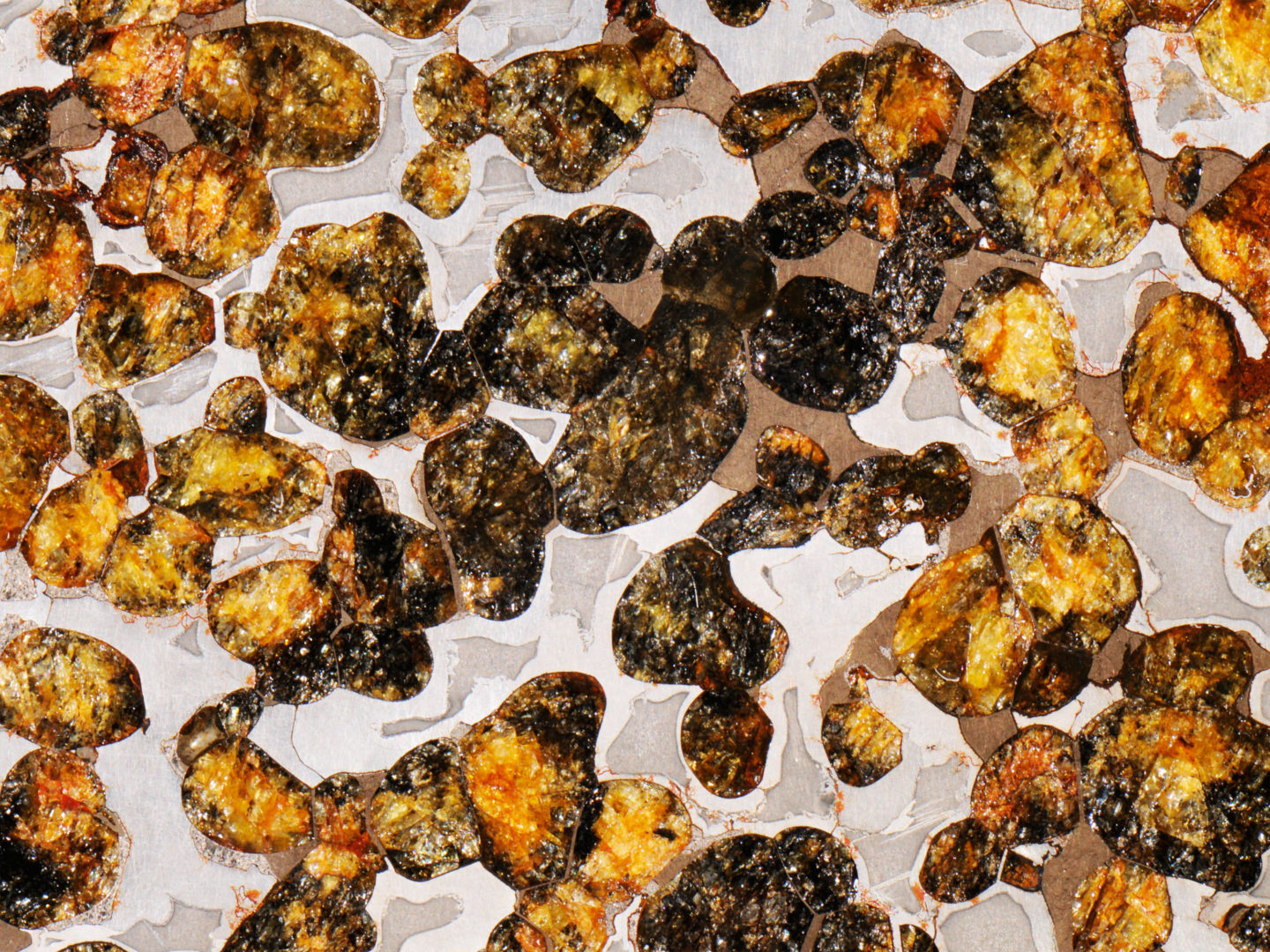 Photo: Close-up view of the pea-sized olivine inside the Springwater pallasite (image © ASU/CMS).

The first pallasite found in Canada, Springwater is known for its rounded olivine crystals, and is listed as the type occurrence (first described incidence) of the magnesium phosphate mineral Farringtonite (Mg3[PO4]2).

The 18.6 kg (41 lb) Springwater specimen first acquired and described by H. H. Nininger in the early 1930s came to ASU in 1960 as part of the Nininger Meteorite Collection, the partial purchase of which enabled the founding of the ASU Center for Meteorite Studies.