Menu
Sign In / Sign Out
Navigation for Entire University
Buseck Center for Meteorite Studies
Skip to content
St. Louis is an ordinary (H4) chondrite that fell in St. Louis County, Missouri, on December 10th, 1950.
This spectacular meteorite fall coincided with the yearly Geminid meteor shower, a separate astronomical event.  The fireball lit up the night sky with a bright green-blue glow for several seconds, and loud rumbling, compared by some to thunder or distant artillery fire, was heard for as long as 30 seconds.  Local newspaper and police telephone switchboards were inundated with calls from witnesses concerned that the sound and light were the result of an atomic bomb detonation, mostly due to the greenish light accompanying the meteorite’s fall.
One piece of the St. Louis meteorite fell through the roof of a moving car!  The driver was quoted in the St. Louis Post-Dispatch, describing the event: “I thought at first I’d had a blowout, but traffic was heavy and I wasn’t able to stop for about a block. Then I found the hole in the top of the car and two broken fragments, each about two and a half inches long, on the floor in back. I didn’t think much of it until I read later of the meteor exploding over the city.”
Read the Meteoritical Bulletin entry for St. Louis, here!
Read more newspaper coverage of the 1950 St. Louis fall, posted by Dr. Randy Korotev of Washington University in St. Louis, here! 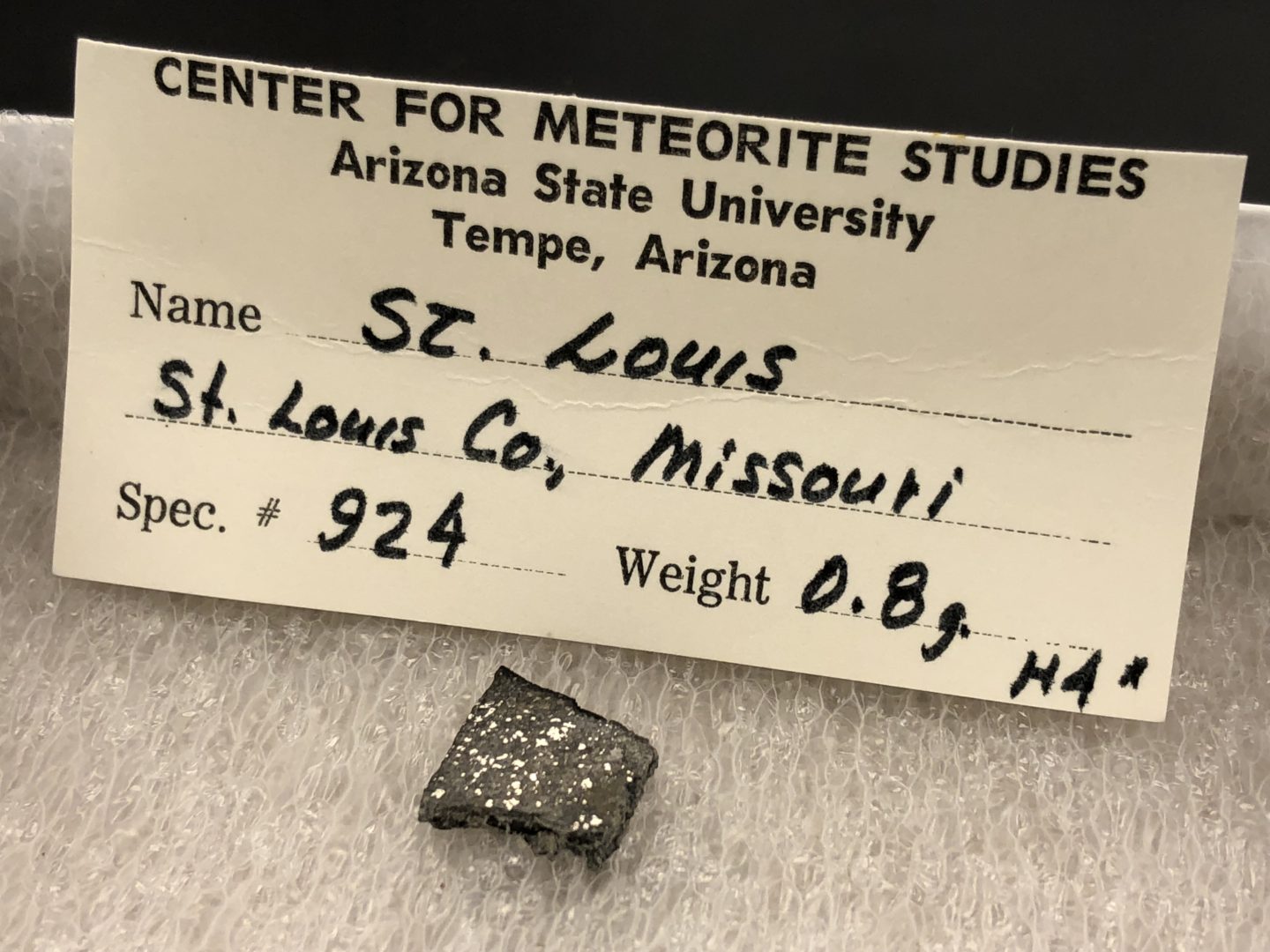 This piece of the St. Louis meteorite measures 1 cm at its widest point. Photo: CMS/ASU.