Thika is an ordinary (L6) chondrite that fell in central Kenya the morning of July 16, 2011.

According to the Meteoritical Bulletin (MB 100):

A bright fireball in multiple pieces was observed from southern Kenya traveling to the northwest around 10 am on the July 16, 2011. Residents around Kiambu County in the Thika District reported multiple loud explosions and loud screaming noises, with ground shaking. The first piece (~2.5 kg) landed within 1 m of a woman tilling her field in the village of Kihum Wiri (also spelled Kiumwiri). This meteorite was subsequently removed by the military and taken to the University of Nairobi. Multiple pieces were then found in the nearby village of Mwana Wikio. Two meteorites smashed through greenhouses in Mwana Wikio and one through a house in nearby Muguga village. Stones were recovered from a 7.7 × 1.6 km strewnfield bearing N30°W. The main mass, 3.575 kg, was found outside Rose Kamande’s house in Kihum Wiri the day after the fall. Total known mass is currently 14.2 kg totaling 14 individuals, distributed primarily as large stones, e.g., 3575 g, ~2.5 kg, 1.75 kg and 1.3 kg. Only a few small stones have so far been recovered. All stones were recovered before rainfall.

Classification of Thika, which is an L6 chondrite, was performed by Laurence Garvie at the ASU Center for Meteorite Studies. 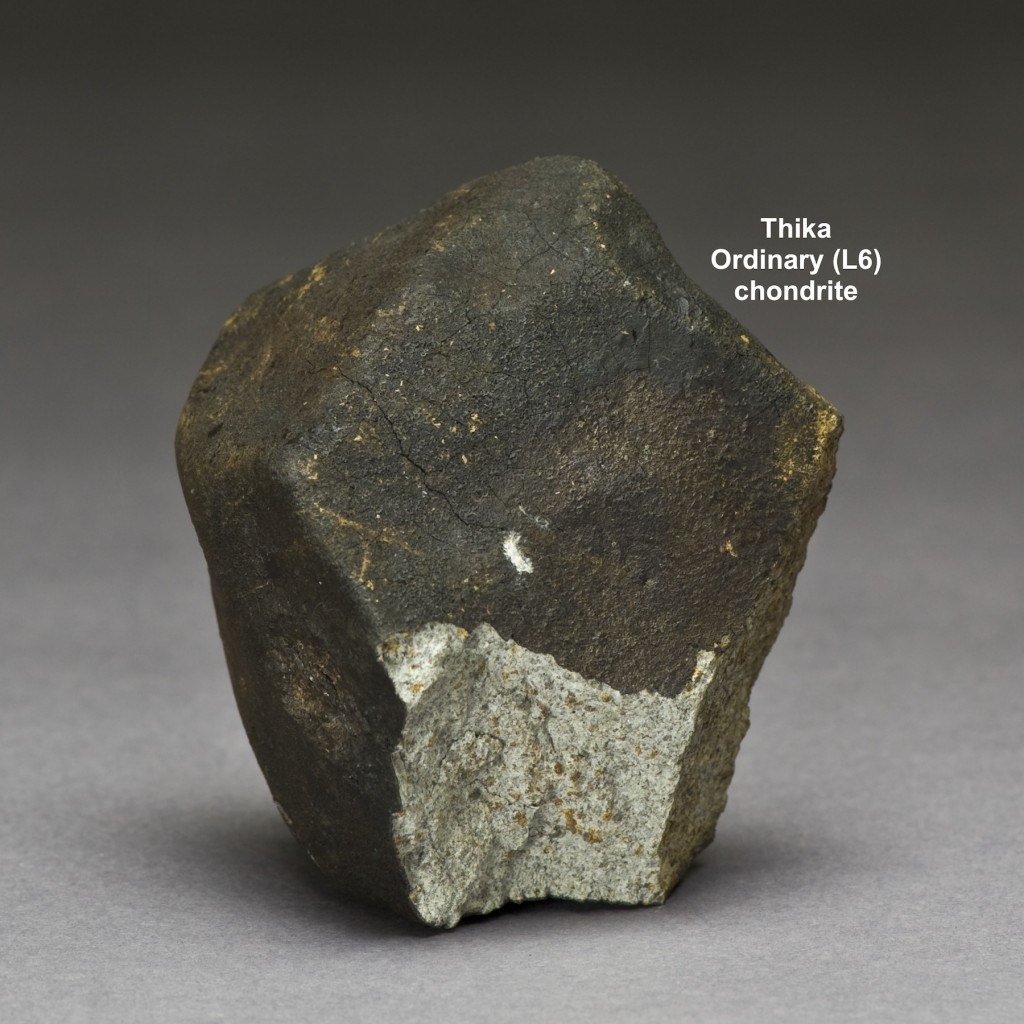