Utrecht is an ordinary (L6) chondrite that fell June 2nd, 1843, in the Netherlands.

The meteorite's spectacular fall was described by Dr. E.H. Baumhauer (Annalen der Physik 142(12): 465-506). Three to four explosions, compared to loud cannon fire, were heard within a 25 km radius of the city of Utrecht, followed by a whistling that lasted two to three minutes. While most witnesses were startled by the noise, some initially thought the sound was actually produced by a distant musical performance, or the shouting of children. One of the two stones was seen to fall by a farmer in his field, and almost 10 kg of material were ultimately recovered.

The Utrecht meteorite is one of only five Dutch meteorites, all of which have been witnessed falls. 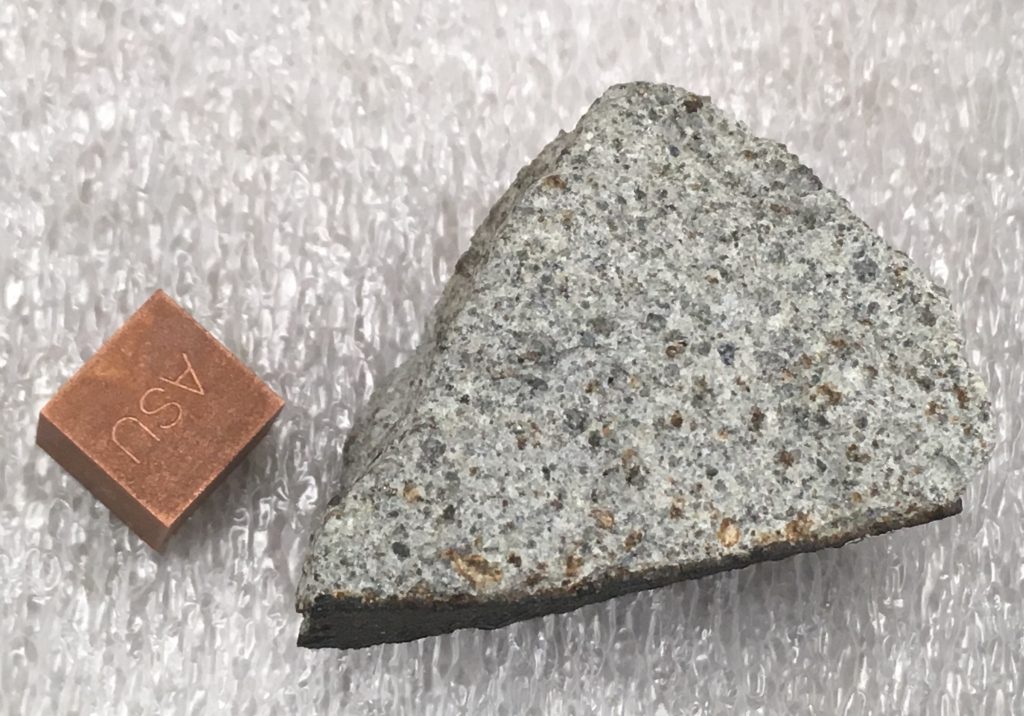