Zhob is an ordinary (H3-4) chondrite, that fell the evening of January 9, 2020, near Baluchistan, Pakistan. Zhob was recently classified by ASU Center for Meteorite Studies Curator Laurence Garvie.

According to the Meteoritical Bulletin (MB 109):

A bright fireball followed by sonic booms was seen and heard around the northern part of the Baluchistan province of Pakistan, approximately 6:30 pm local time on 9 January 2020. Shortly thereafter, a stone fell through a house in a local village of the Mando Khel tribal area ~12 km NE of Zhob, Zhob District, Baluchistan province, Pakistan. The largest stone was found shortly after the fall by goat herders. Two more stones were subsequently found in this area.
To date, four fusion-crusted stones have been found: 6.309, ~5.5, 4.924, and 2.231 kg. The stones are blocky to rounded, with broad shallow regmaglypts, and covered with black matte fusion crust. The 6.309 kg stone is broken, exposing ~15 × 9 cm of the interior, which displays a breccia of rounded to sub-rounded, light-colored clasts in a light-gray matrix. The clasts range from 1 cm to 5 × 4 cm. The stone is easy to break and weakly consolidated. The measured density of a 24 g fragment that contains both the lithologies is 3.18 g/cm3.
The exposed surface of the 6.309 kg stone has an earthy luster, with scattered small (<1 mm) chondrules and rare troilite fragments to 4 mm. No shock veins are visible. 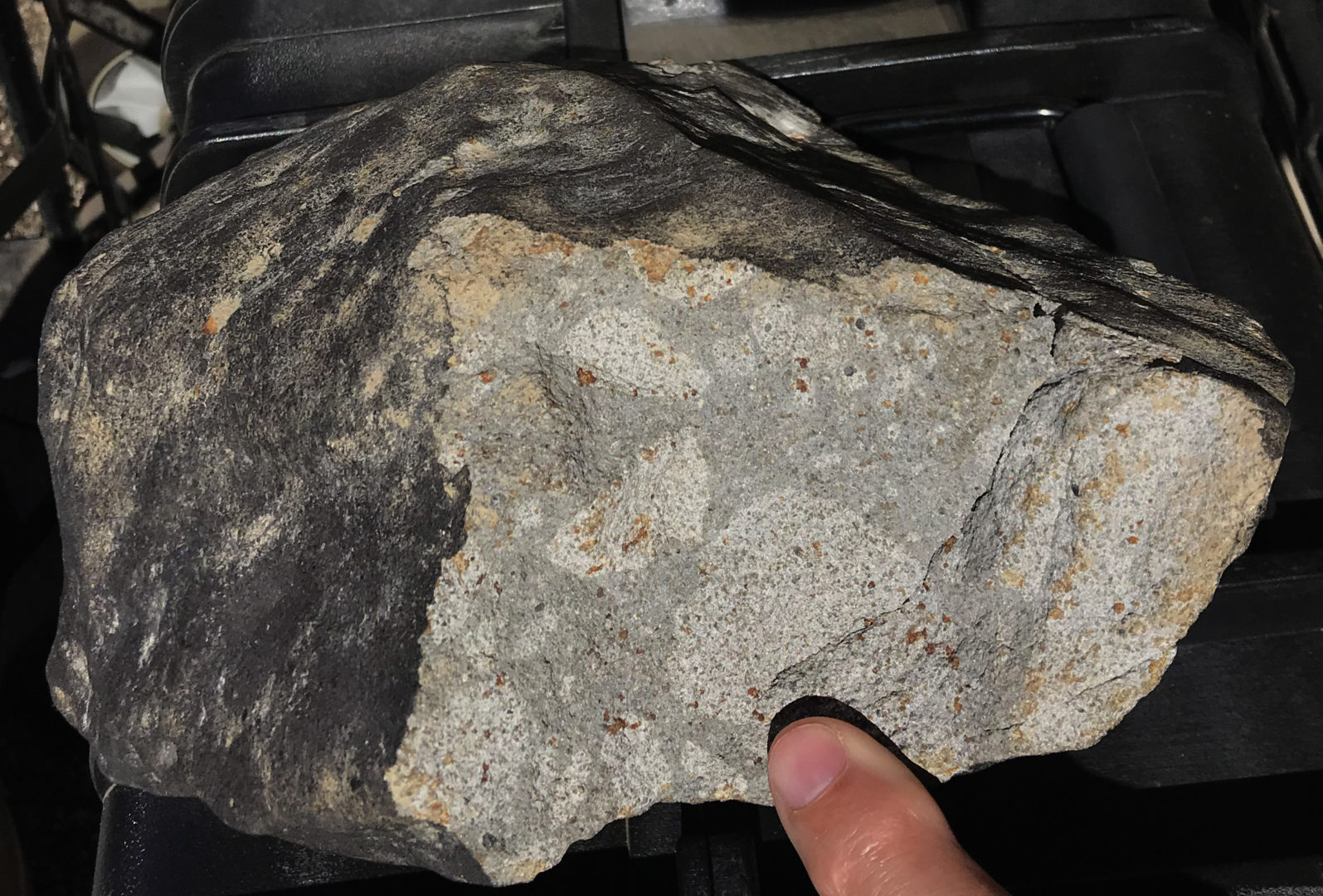 Photo by Laurence Garvie and ©CMS/ASU.