Daniel Dunlap received his B. S. from the University of Tennessee in 2013, and is currently enrolled in the second year of his Ph. D. at ASU.  As an undergraduate student, Daniel completed a research project with advisor Hap McSween, which involved the classification of the Tupelo meteorite, an EL6 meteorite from Mississippi.  EL6 chondrites are enstatite chondrites in the low-iron “EL” group, in which all mineral compositions have been homogenized by metamorphism without melting.  The results of Daniel’s research were presented at the 2013 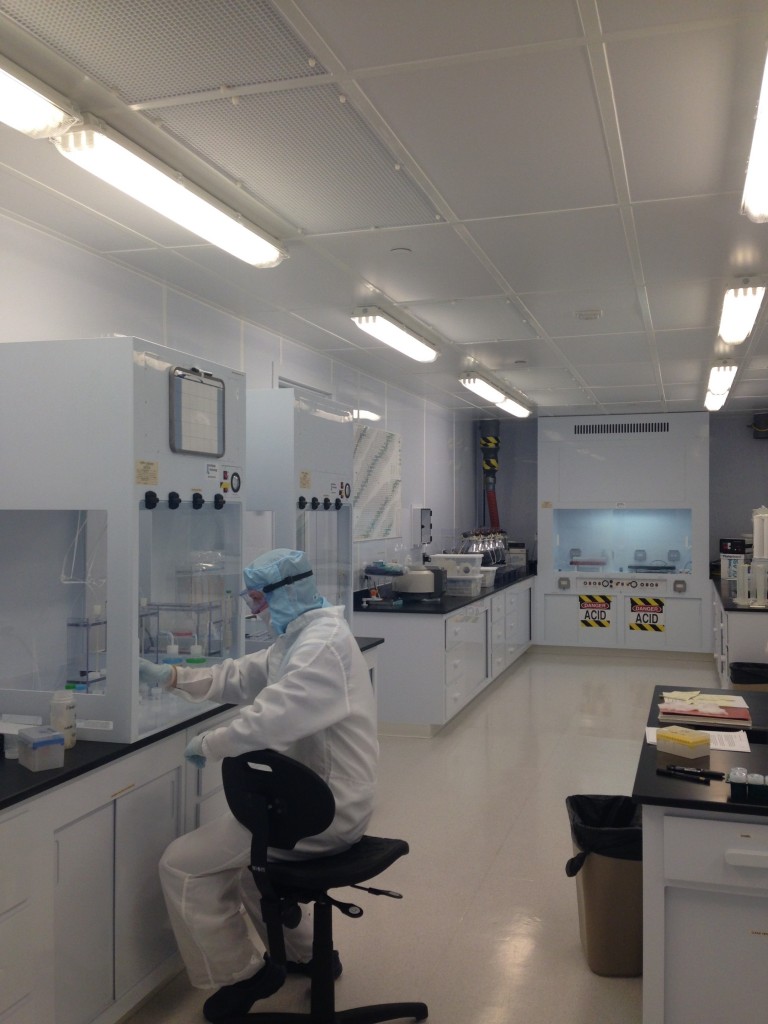 Lunar and Planetary Science Conference (read the abstract here).  Daniel remains interested in meteoritics, and is pursuing the use of short-lived chronometers (such as 26Al-26Mg and 53Mn-53Cr) to investigate the timing of planetesimal differentiation in the early Solar System.
Daniel’s current research at the Center for Meteorite Studies is focused on understanding the chronological order of events in the early Solar System.  His main interest is in determining the timing of melting and differentiation on early forming asteroids and planetesimals.  Many of these bodies began forming very early in the Solar System’s history, and were host to igneous processing within as little as a million years or so of Solar System formation.  By placing time constraints on these events, Daniel hopes to better comprehend the formational timeline of the rocky bodies in our Solar System.
To this end, Daniel is utilizing short-lived radionuclides as chronological tools. Some of these short-lived isotopes were only present in the first few million of years of Solar System history, and can be used to constrain relative formation times during this time period with very high precision.  The Mg and Cr isotope systems are of particular importance to Daniel’s research — 26Al decays to 26Mg with a half-life of ~700,000 years and 53Mn decays to 53Cr with a half-life of 3.7 Ma. Due to the potential for terrestrial contamination, the meteorite samples are carefully handled and chemically processed in the ultraclean Isotope Cosmochemistry and Geochronology