Nakhla is a martian achondrite that fell June 28th, 1911, in Al Buhayrah, Egypt.  Nakhla is one of only 5 martian meteorites to be witnessed as it fell to Earth.

At the time of the fall, a newspaper article was published claiming the meteorite had hit a dog on entry.  This was never proven, but did inspire a Peanuts cartoon strip, in which Linus and Charlie Brown discuss the meteorite striking a dog, to Snoopy’s dismay.

Members of the Center for Meteorite Studies are interested in deciphering the geologic history and evolution of Mars through trace element and isotopic studies of the martian meteorites, and Nakhla has been actively studied by Center researchers, including:

Nakhla is the namesake for the nakhlite meteorite type group, made up of 14 distinct meteorites, and defined by the Meteoritical Society as clinopyroxenites or wehrlites formed as cumulate rocks. 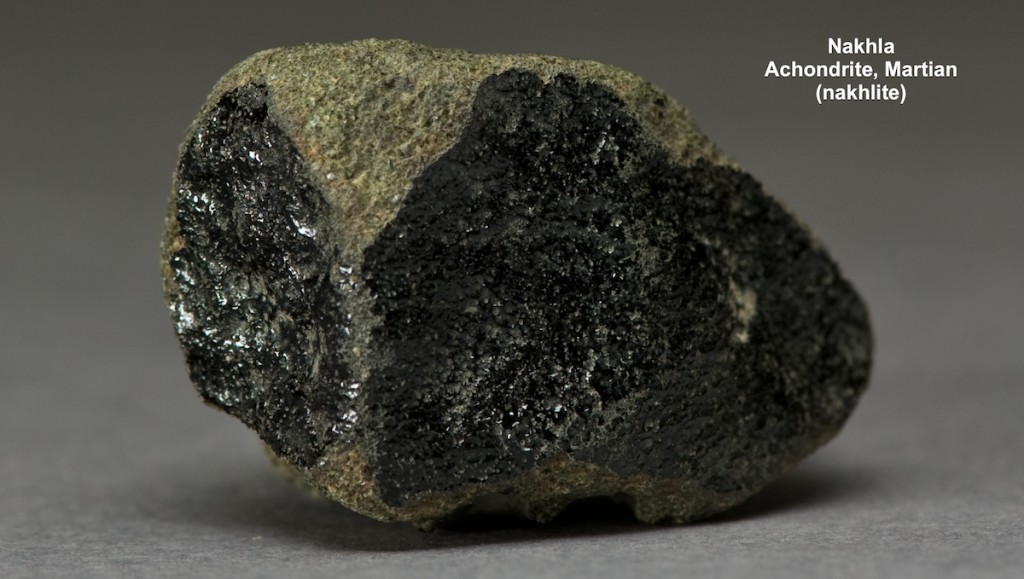