August's Meteorite of the Month is Nobleborough, an achondrite (eucrite-pm) meteorite that fell August 7th, 1823, in Maine. It was the first recorded meteorite fall in Maine, and the second ever in the United States.

An eye witness mistook the sound of the meteorite's entry into Earth's atmosphere for musket fire, and a nearby flock of sheep was startled by the meteorite's landing near them.

Nobleborough is a cumulate eucrite, part of the Howardite-Eucrite-Diogenite (HED) meteorite group. Members of the HED meteorite group are believed to have formed on the surface of asteroid 4-Vesta. According to radioisotope dating, the HED achondrites crystallized between 4.43 and 4.55 billion years ago.

Read more about the Nobleborough meteorite here and here! 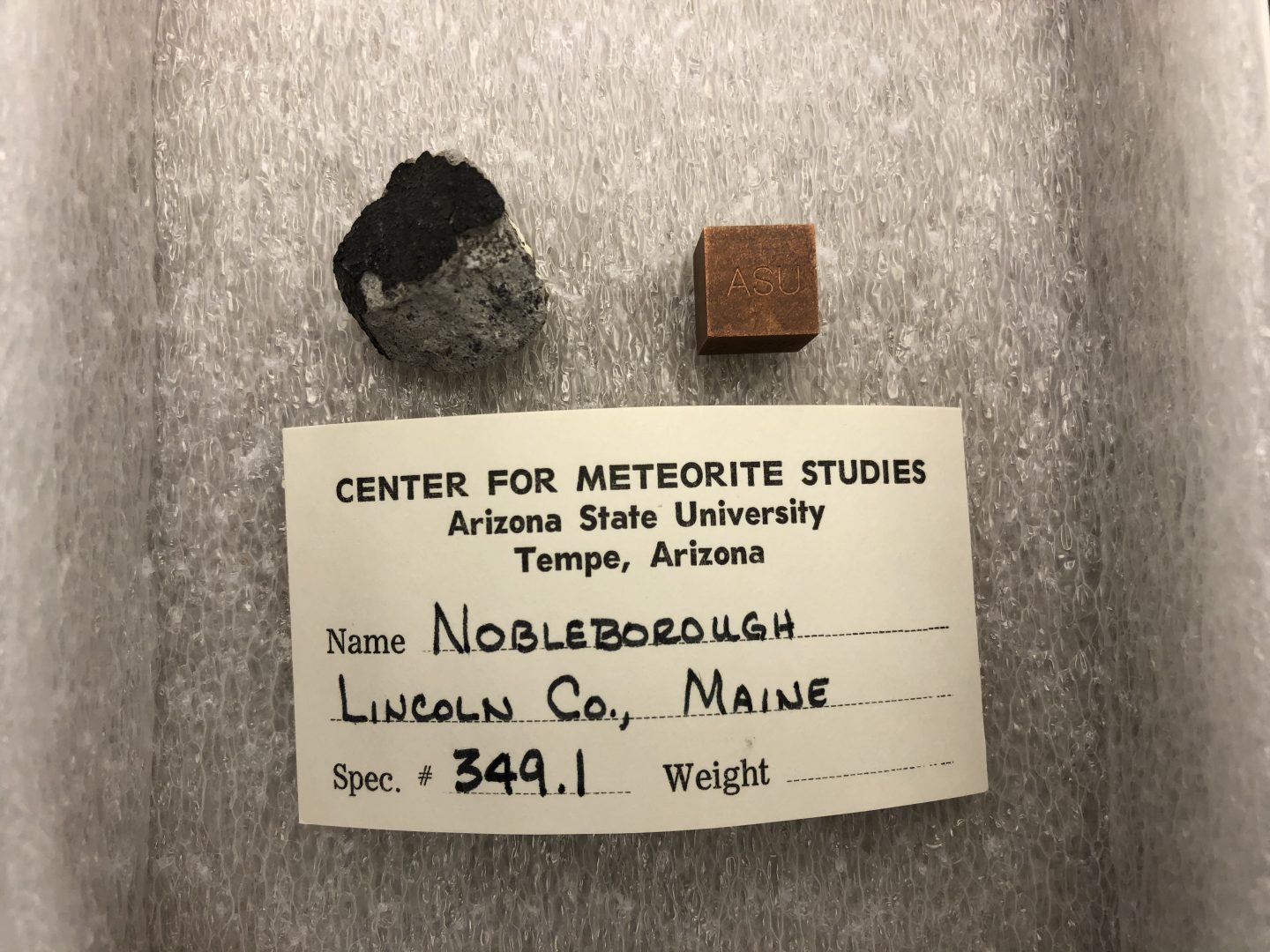