Members of the Howardite-Eucrite-Diogenite (HED) meteorite group are believed to have formed on the surface of asteroid 4-Vesta. According to radioisotope dating, the HED achondrites crystallized between 4.43 and 4.55 billion years ago.

In September 2007, NASA launched the Dawn mission to study Vesta and the dwarf planet Ceres to provide insight into the formation and evolution of solid bodies in the early Solar System, using a visible camera, a visible and infrared mapping spectrometer, and a gamma ray and neutron spectrometer.

Dawn stayed in orbit around Vesta for a year, thoroughly studying the asteroid's geology, chemistry and more; insights gained there helped build the link between Vesta and the HED meteorites.

Click on the images below to learn more about some of the HED meteorites in the ASU Center for Meteorite Studies collection!

Howardites are mainly composed of brecciated eucrite and diogenite pieces, and are believed to form as the result of the burial and lithification of impact ejecta on the surface of 4-Vesta. 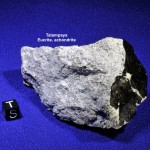 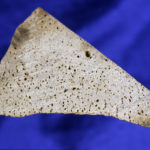 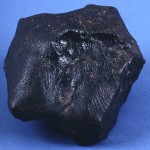 Diogenites are plutonic igneous rocks that form deep in the crust and cool very slowly, resulting in large crystals. They are named for the ancient Greek philosopher Diogenes, who was the first to suggest that meteorites were not terrestrial rocks, and actually originated in space. 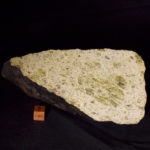 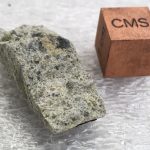 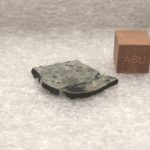