March's Meteorite of the Month is Talampaya, an achondrite that fell in Argentina, in 1995.

According to the Meteoritical Bulletin (MB 83):

Stories circulating among meteorite dealers tell of a meteorite that fell in Argentina, producing a sonic boom that scared a mountain climber. The climber eventually found the meteorite somewhere down range. The location of the fall may have been in San Juan or La Rioja province.  One 1421 gram stone was recovered, and sold in the United States.

Talampaya is a cumulate eucrite, and part of the HED (Howardite-Eucrite-Diogenite) meteorite group, believed to have formed on the surface of asteroid 4-Vesta. 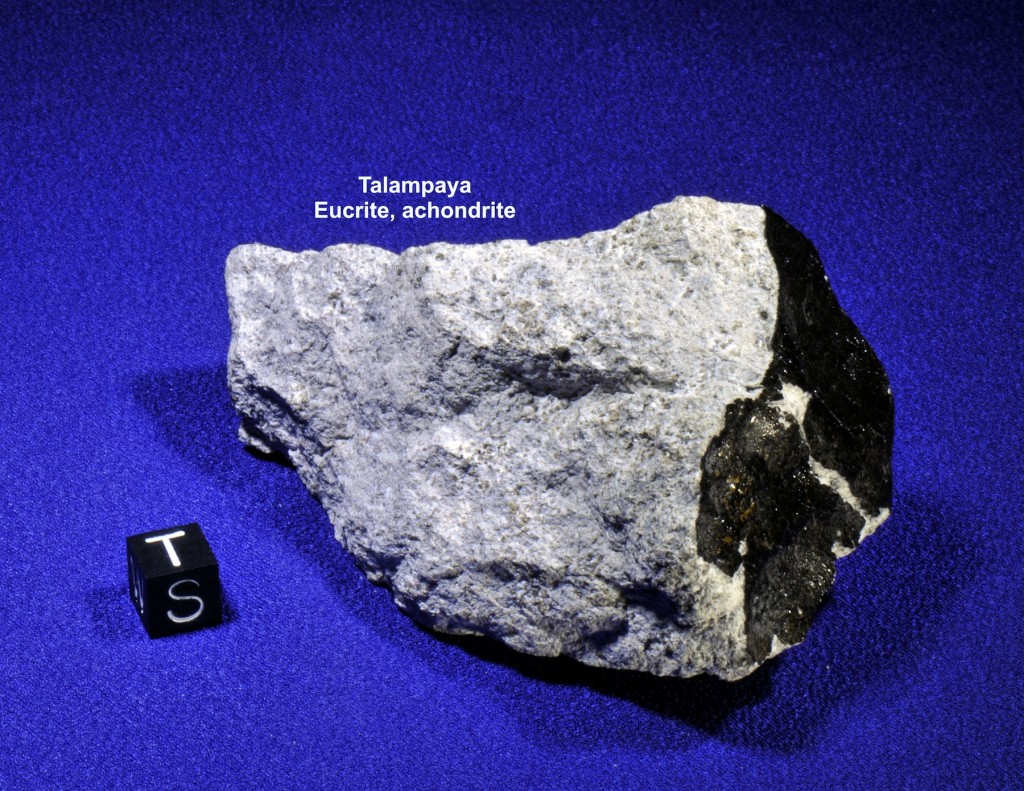 In September 2007, NASA launched the Dawn mission to study Vesta and the dwarf planet Ceres to provide insight into the formation and evolution of solid bodies in the early solar system, using a visible camera, a visible and infrared mapping spectrometer, and a gamma ray and neutron spectrometer.

Dawn stayed in orbit around Vesta for a year, thoroughly studying the asteroid's geology, chemistry and more; insights gained there helped build the link between Vesta and the howardite-eucrite-diogenite (HED) class of meteorites.