Norton County fell February 18th of 1948, on the Kansas/Nebraska border.

Norton County is a rare type of meteorite called an aubrite, which is an enstatite achondrite. Aubrites are dominated by enstatite – a pyroxene mineral containing Mg, Si, and O. This mineral is white in Norton County, as opposed to the more normal green to brown, because it contains so little iron – in fact the iron content is so low that this meteorite fluoresces under a blacklight (see photo, below).

Aubrites are so reduced that they contain minerals not found, or rare, on Earth, including :

Spectral studies link the aubrites to a few near-Earth Apollo asteroids, specifically 3103 Eger and 434 Hungaria. Further spectral work is consistent with asteroid 3103 Eger as the source of the aubrites.

Over one ton of the Norton County meteorite has been recovered to date. 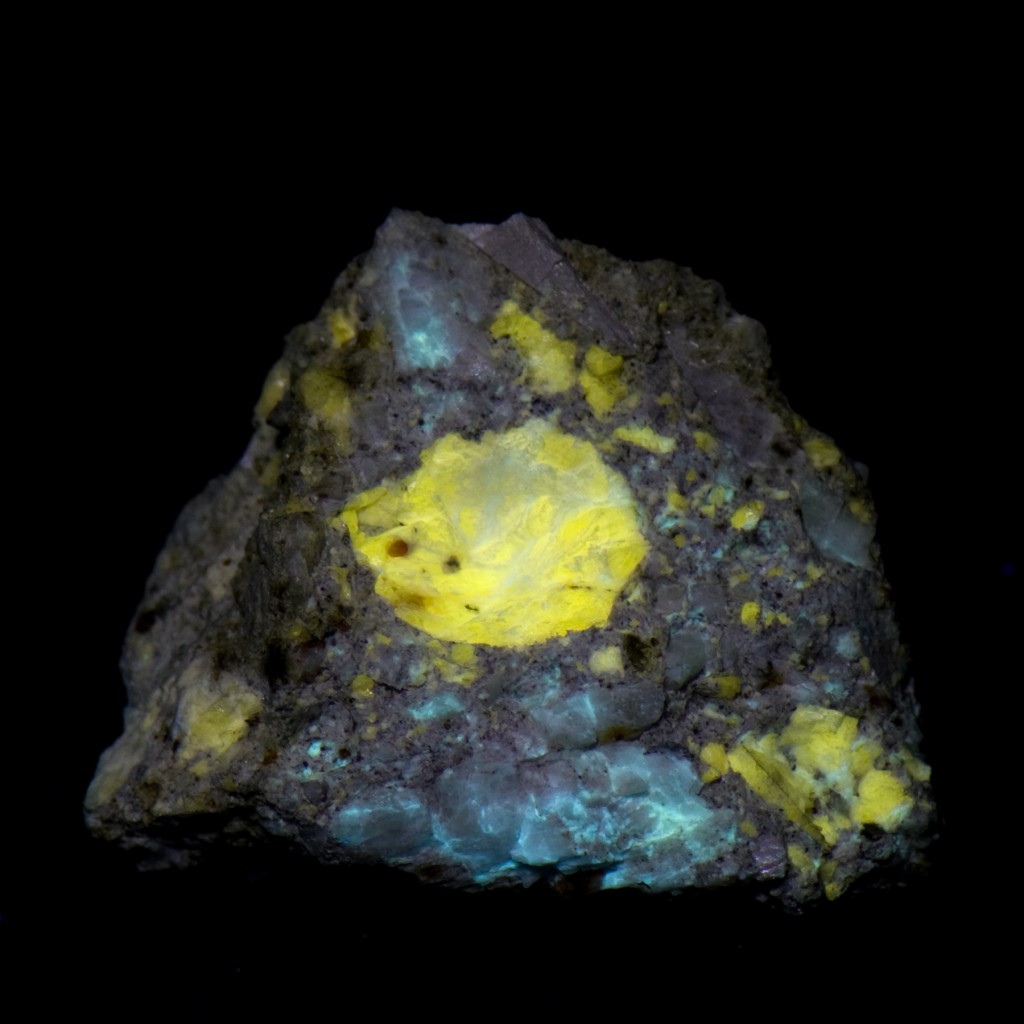