The ASU Center for Meteorite Studies is pleased to announce that François Tissot, a graduate student at the University of Chicago, is the recipient of the 2015 Nininger Meteorite Award. 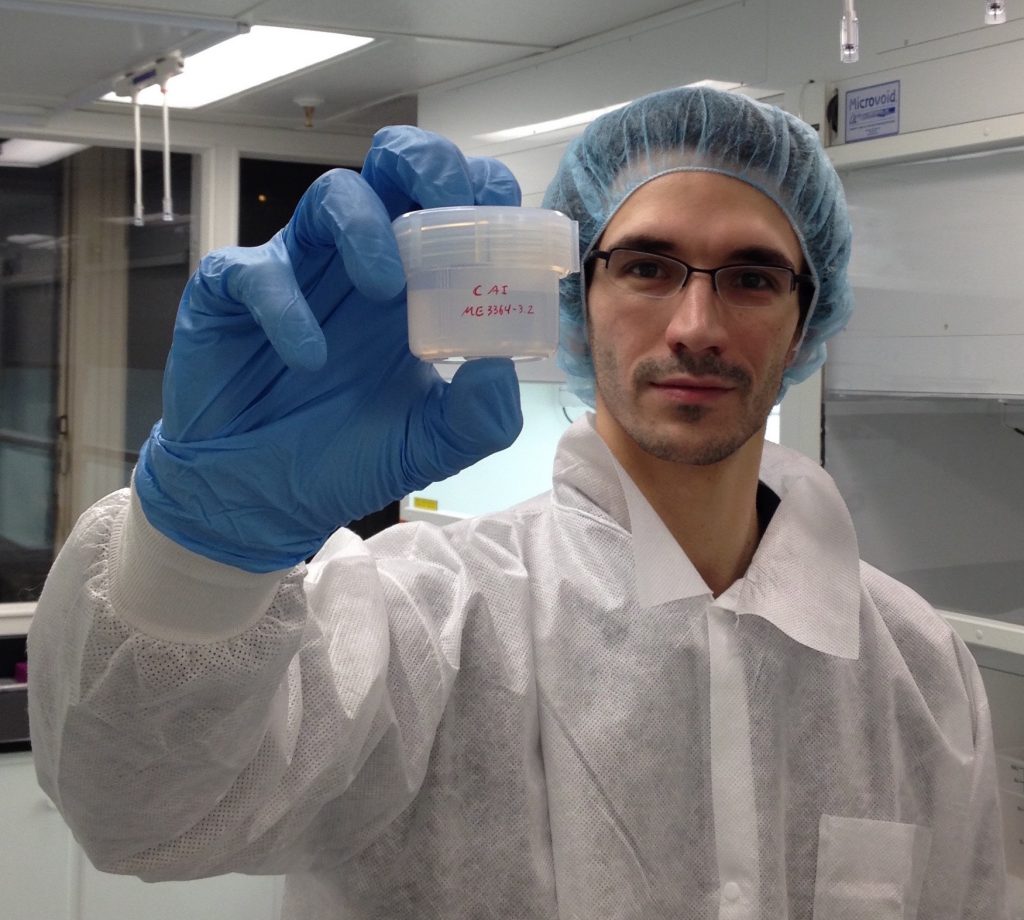 François’s paper “Origin of uranium isotope variations in early solar nebula condensates” describes how the characterization of the U isotope composition of 12 fine-grained Calcium and Aluminum-rich Inclusions (CAIs: The earliest solids to form in the Solar System) demonstrates that the decay of Curium-247 is the main process responsible for the variability of the 238U/235U ratios of CAIs.

The discovery in the late 2000s that the 238U/235U ratios of meteoritic materials varied by up to several permil, meant that previously published Pb-Pb ages of CAIs (and thus of the Solar System) were unreliable. The cause of this variability has been heavily debated; some argued that it was due to 247Cm decay, while others preferred scenarios that invoked fractionation upon condensation. Despite numerous attempts since the late 1970s, until now, no study has been able to unambiguously show that 247Cm was alive in the early Solar System and could be responsible for the variable U isotope composition in CAIs.

By studying fine-grained CAIs depleted in U and potentially enriched in Cm, François and his co-workers were able to resolve excesses of 235U due to 247Cm decay reaching ~+6% relative to average Solar System composition. Combined with modeling of the chemical evolution of the galaxy, the early Solar System abundance of 247Cm points to a universality of the r-process of nucleosynthesis, provided that Hafnium-182 has an s-process origin. Multiple r-process sites have been considered in the past but may only be relevant to exotic conditions prevailing in the earliest generation of stars of the Galaxy.