Quite possibly the most studied meteorite of all time (referenced in over 14,000 peer-reviewed scientific papers), Allende is a (CV3) carbonaceous chondrite known for its abundant calcium-aluminum-rich inclusions, which provide information on processes in the Early Solar System.  Allende also contains presolar grains, which predate the formation of the Earth, and even our Sun!

"In the early morning of Saturday, 8 February 1969 (between 0105 and 0110 Central Standard Time), a brilliant fireball was observed over much of northern Mexico and adjacent areas of Texas and New Mexico. The most spectacular phenomena were centered around the city of Hidalgo del Parral in the south-central part of the state of Chihuahua. The fireball approached from the south-southwest, and as it neared its terminal point the brilliant light was accompanied by tremendous detonations and a strong air blast. Thousands of individual meteoritic stones rained down over a large area of rural Mexico. One weighing 15 kg fell within four meters of a house in the town of Pueblito de Allende, 35 km east of Parral. This stone was broken up, and pieces taken to the office of the newspaper "El Correo de Parral" the same day; the news of an important meteorite fall was published that evening."

The amount of material and size of the resulting strewnfield made Allende one of the largest recorded stony meteorite fall in history – to date, over 2 t of the Allende meteorite has been collected. 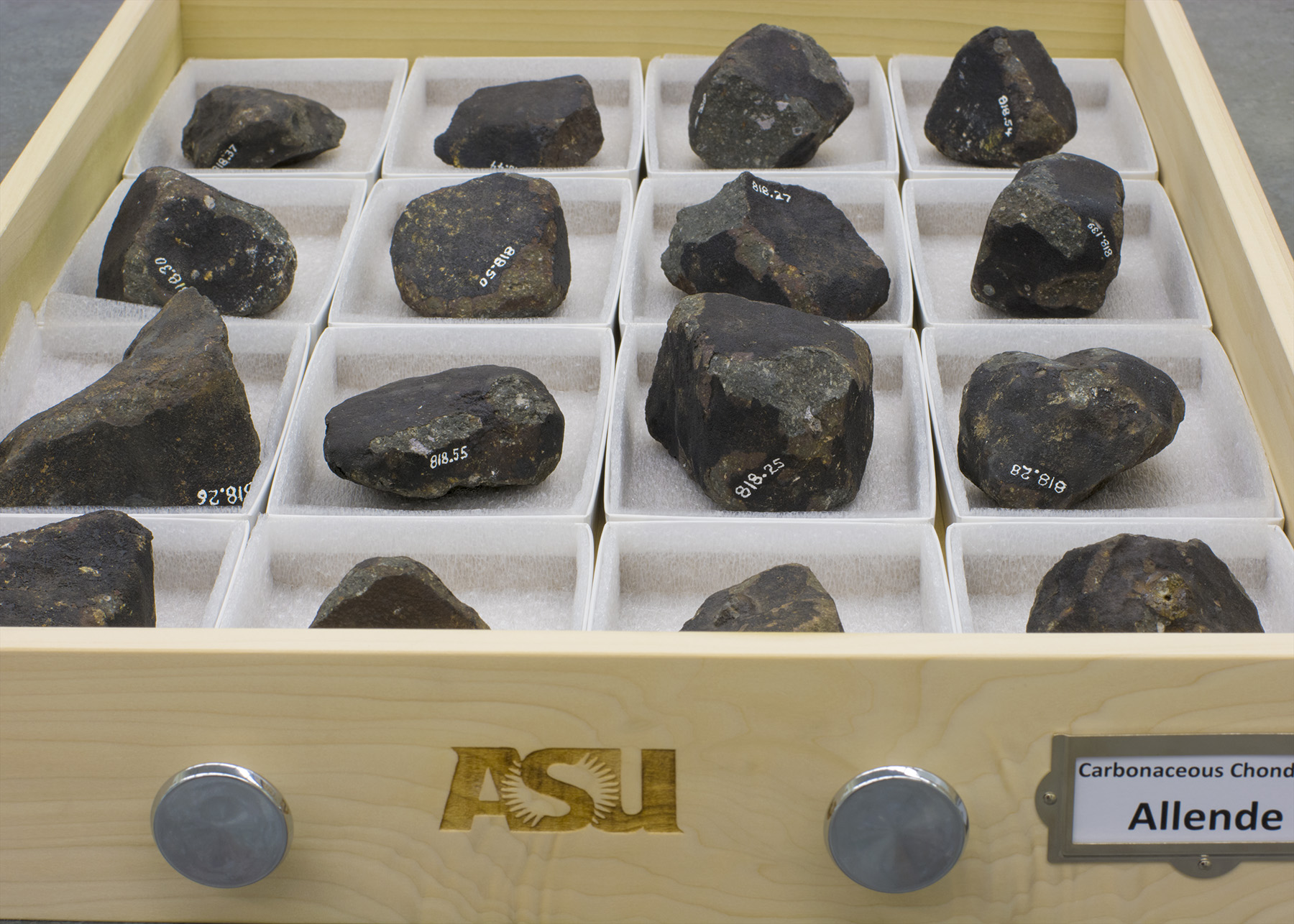 Shortly after the meteorite fall, a mineral dealer from Mexico, known for bringing many interesting mineral samples to Arizona, arrived at the ASU Center for Meteorite Studies in a pickup truck with many Allende specimens. Soon, two Center graduate students were on their way to Chihuahua where, with the aid of local farmers, they were successful in retrieving some of the abundant Allende pieces.

Fortuitously, the first NASA Apollo sample return mission took place just months after the fall, and spurred the construction of special "clean" laboratories to contain any potential contamination from the lunar samples.  These clean laboratories proved the ideal environment for analyses of the newly fallen Allende meteorite, as they protected the space rocks from terrestrial contamination.

These analyses continue, five decades later, as the Allende meteorite continues to provide key insight into the early Solar System. In fact, for over 30 years, clean Allende powder has been used as a meteorite standard in laboratories around the world:

"The Allende, Mexico, meteorite fall … provided a solution to these problems.  The meteorite was a fresh fall available in large quantity.  Early work established that it was a rare Type III carbonaceous chondrite that contained very little metal and was easy to homogenize.  The availability of this meteorite led us to undertake the preparation and distribution of a meteoritic reference sample. An important additional stimulus was the need of the scientific community for a reference material for the analyses of returned lunar samples." 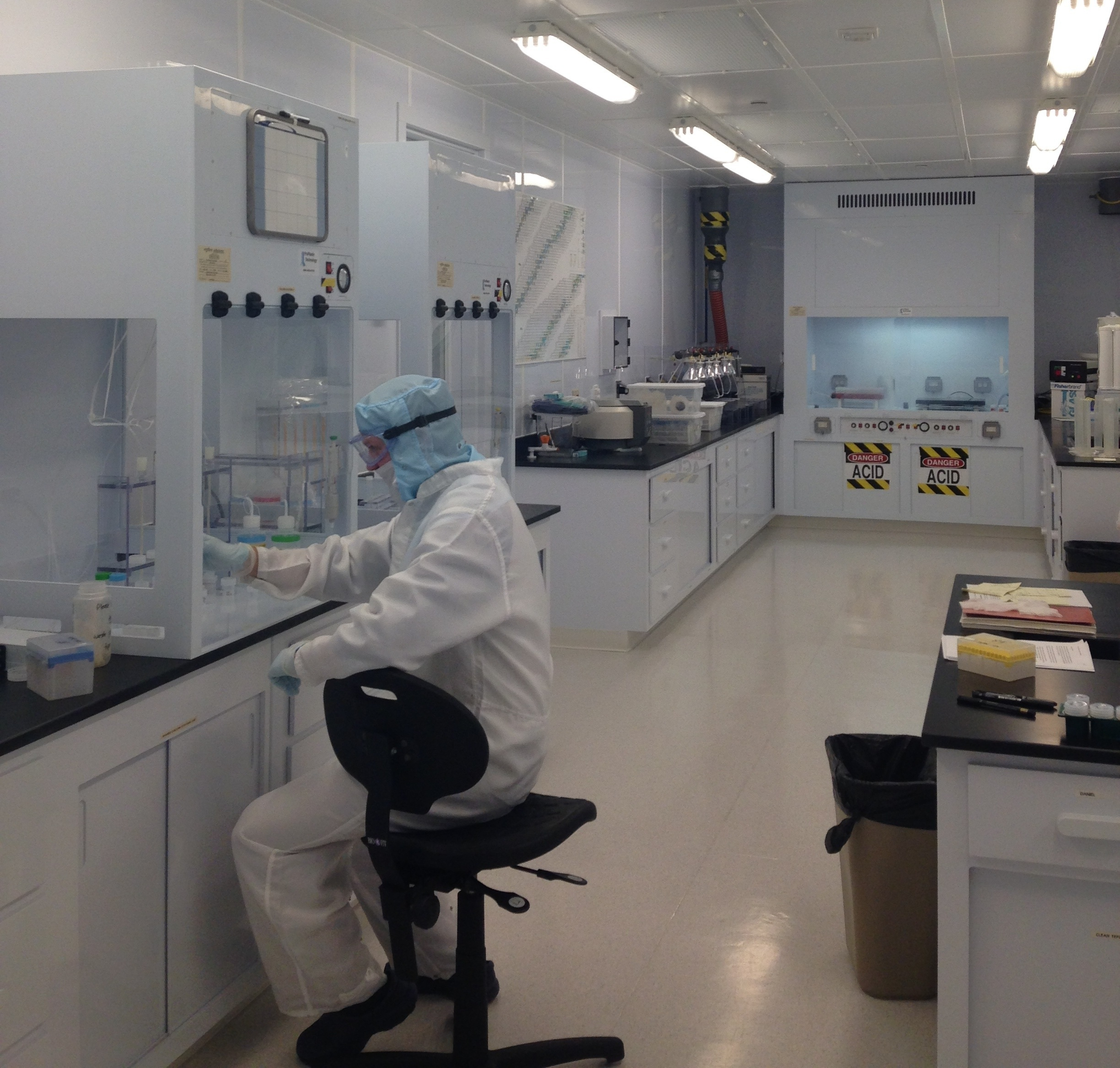 Visit the ASU Center for Meteorite Studies to learn more about the Allende meteorite, and see pieces of this famous meteorite on display!