To celebrate of 60 years of the BCMS, we’re posting stories of historical Center events, new research initiatives, exciting outreach programs, conservation and growth of the Center’s invaluable meteorite collection. We invite you to follow us on social media, and share your memories and photos of the Buseck Center for Meteorite Studies using #CMS60.

In 1957, Sputnik’s launch put space exploration at the forefront of the American conscience. The following year, Harvey H. Nininger, the famous meteorite hunter and self-taught meteoriticist, sold a portion of his collection to the British Natural History Museum.

The Coordinator of Research at Arizona State University, George A. Boyd, was familiar with Nininger's collection and recognized its importance to Arizona and to ASU's pursuit of research in an up-and-coming discipline. Boyd, working with the chair of the Chemistry Department, Clyde A. Crowley, and ASU President, Grady Gammage, solicited a grant from the National Science Foundation (NSF) in order to purchase the remainder of Nininger's collection and bring it to ASU.

To bolster its proposal, ASU offered supporting funds from both the ASU Foundation and from Mr. Herbert G. Fales, then vice president of International Nickel Company (Inco), who was familiar with Nininger through his own interest in meteorites. The NSF also recognized the importance of keeping the remainder of Nininger's collection in the United States and accepted the ASU proposal on June 8, 1960.

Acting on behalf of ASU, Mr. Fales traveled to Connecticut's Wesleyan University to recruit Dr. Carleton B. Moore as director of the newly formed Center for Meteorite Studies and the rest, as they say, is history!

In 2015, a plaque was unveiled at the Center to commemorate Herbert G. Fales, a steadfast supporter and early Center contributor, without whom ASU’s world class meteorite collection may never have come to be.

Herbert G. Fales was a metallurgist and an aviation pioneer, who started as a Navy officer in charge of testing metals during World War I. After graduating from the Massachusetts Institute of Technology, he pursued a 45-year career with Inco. In 1973, the ASU Alumni Association conferred on him the Alumni Appreciation Award, honoring non-alums for exemplary service to the ASU community.  Due to his steadfast support and dedication to the ASU Center for Meteorite Studies, he was awarded an honorary doctorate degree by ASU in 1975. 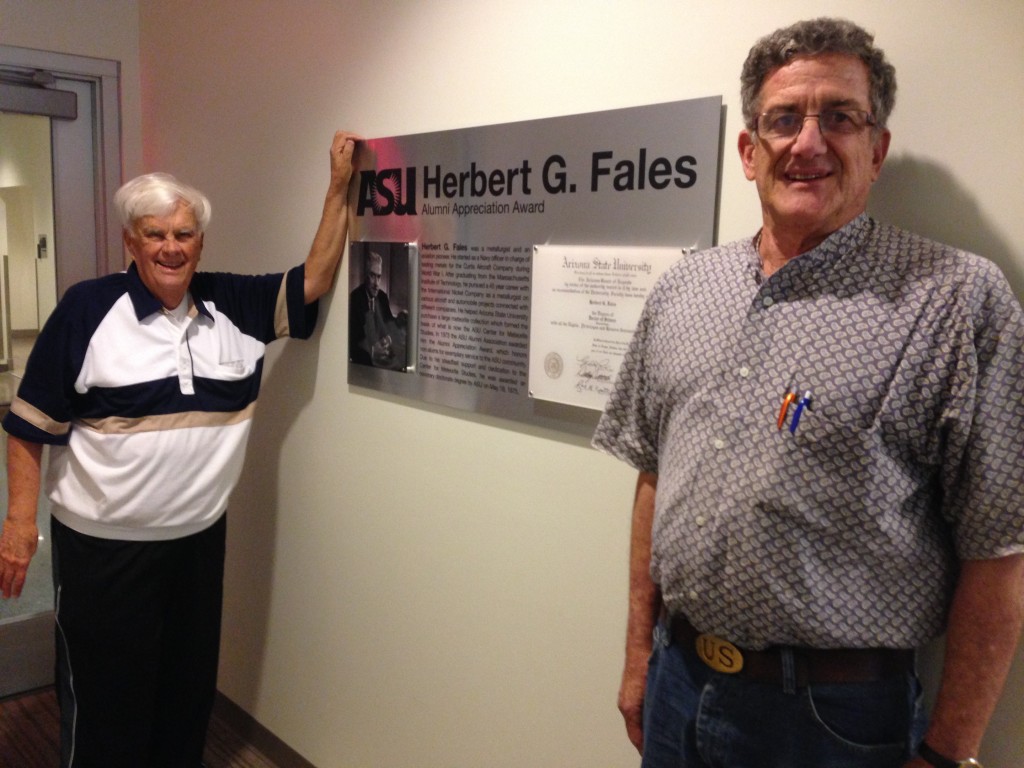 Click here for more information on the Center's history, including photos!