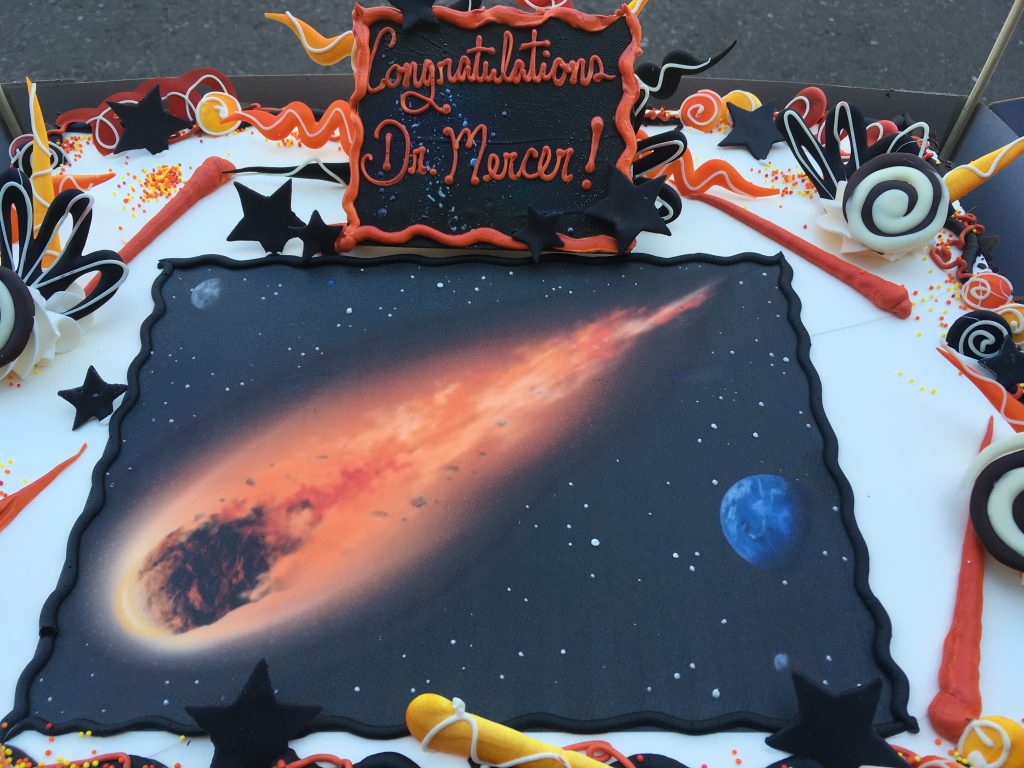 High Spatial Resolution 40Ar/39Ar Geochronology of Lunar Impact Melt Rocks
Impact cratering has played a key role in the evolution of the solid surfaces of Solar System bodies, including the terrestrial planets. While much of Earth’s impact record has been erased due to processes like plate tectonics, volcanism, and erosion, its Moon preserves an extensive history of bombardment. Quantifying the timing of major lunar impact events is therefore crucial to understanding how impacts have shaped the evolution of early Earth and influenced the emergence of biological systems. Importantly, isotope geochronology and thermochronology links the lunar impact record to radiometric time, providing a means of estimating the ages of the cratered surfaces of other Solar System objects from which we currently have few or no samples available for isotopic dating.

One of the primary ways in which lunar impact events have been dated is through incremental heating 40Ar/39Ar experiments on impact melt rocks returned by the Luna and Apollo missions. However, many lunar impact melt rocks are complex mixtures of now-solid glassy and micro-crystalline “melt” materials and inherited clasts of unmelted pre-impact minerals and rocks. If analyzed collectively as a bulk sample, not independently, these components can yield complicated 40Ar/39Ar release spectra from which it can be challenging to uniquely interpret impact ages. In this study, we have used a combination of high spatial-resolution 40Ar/39Ar geochronology and thermal-kinetic modeling to gain new insights into the impact histories recorded by these kinds of samples. While such work has direct implications for understanding the lunar impact record, it also should influence sampling strategies for future missions to cratered Solar System bodies. 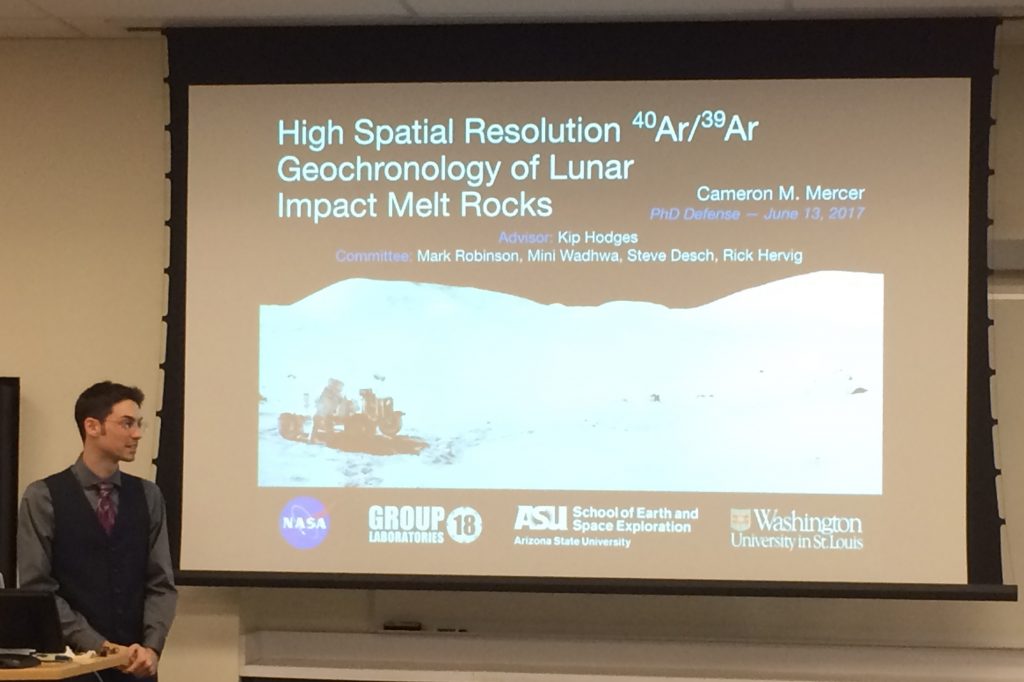 To be able to robustly compare our 40Ar/39Ar data to those of previous studies, we developed a software tool to help researchers account for differences in the decay, isotopic, and monitor age parameters used for different published 40Ar/39Ar datasets. Using an ultraviolet laser ablation microprobe (UVLAMP) system to selectively extract gases from polished thin sections for 40Ar/39Ar isotopic analysis, we dated melt and clast components of several impact melt rocks collected during the Apollo 16 and 17 missions. Our UVLAMP 40Ar/39Ar data for some of these samples (77135, 60315, 61015, and 63355) show evidence of open-system behavior, and provide new insights into how to interpret some of the complexities of published incremental heating 40Ar/39Ar spectra. In contrast, a few of the studied samples (77115, 63525, 63549, and 65015) have relatively simple thermal histories, and UVLAMP 40Ar/39Ar data for the melt components of these rocks indicate the timing of impact events—which span periods of hundreds of millions of years—that influenced the geology of the Apollo 16 and 17 landing sites. Our modeling results and UVLAMP 40Ar/39Ar data for sample 73217 indicate that some impact melt rocks can quantitatively retain evidence for multiple melt-producing impact events, and imply that such polygenetic rocks should be regarded as high-value sampling opportunities during future exploration missions to cratered planetary surfaces. Collectively our results compliment previous incremental heating 40Ar/39Ar studies, and demonstrate that the UVLAMP 40Ar/39Ar method is an effective tool in studying lunar impact melt rocks.