Scientists have argued for half a century about the existence of a form of diamond called lonsdaleite, which is associated with impacts by meteorites and asteroids. A group of scientists based mostly at Arizona State University now show that what has been called lonsdaleite is in fact a structurally disordered form of ordinary diamond.

The scientists' report is published in Nature Communications, Nov. 20, by Péter Németh, a former ASU visiting researcher (now with the Research Centre of Natural Sciences of the Hungarian Academy of Sciences), together with ASU's Laurence Garvie, Toshihiro Aoki and Peter Buseck, plus Natalia Dubrovinskaia and Leonid Dubrovinsky from the University of Bayreuth in Germany. Buseck and Garvie are with ASU's School of Earth and Space Exploration, while Aoki is with ASU's LeRoy Eyring Center for Solid State Science. 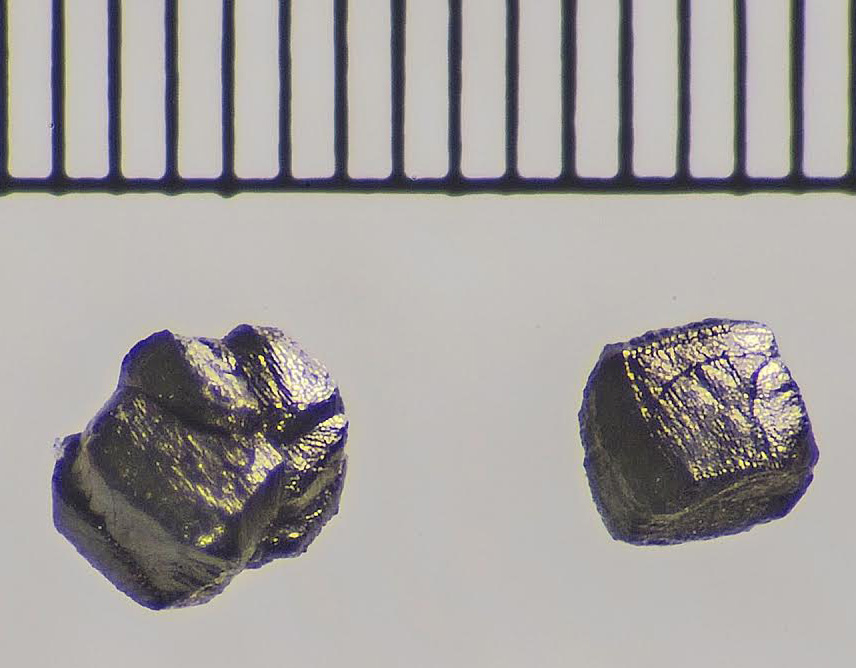 "So-called lonsdaleite is actually the long-familiar cubic form of diamond, but it's full of defects," says Péter Németh. These can occur, he explains, due to shock metamorphism, plastic deformation or unequilibrated crystal growth.

The lonsdaleite story began almost 50 years ago. Scientists reported that a large meteorite, called Canyon Diablo after the crater it formed on impact in northern Arizona, contained a new form of diamond with a hexagonal structure. They described it as an impact-related mineral and called it lonsdaleite, after Dame Kathleen Lonsdale, a famous crystallographer.

Since then, "lonsdaleite" has been widely used by scientists as an indicator of ancient asteroidal impacts on Earth, including those linked to mass extinctions. In addition, it has been thought to have mechanical properties superior to ordinary diamond, giving it high potential industrial significance. All this focused much interest on the mineral, although pure crystals of it, even tiny ones, have never been found or synthesized. That posed a long-standing puzzle.

The ASU scientists approached the question by re-examining Canyon Diablo diamonds and investigating laboratory samples prepared under conditions in which lonsdaleite has been reported.

Structure diagrams of diamond and so-called lonsdaleite show their difference. Both consist of tetrahedrally coordinated carbon atoms (black balls) that form layers. For ordinary diamond, the layers are oriented in the same direction but with so-called lonsdaleite, they are alternately oriented. Photo by: Péter Németh

Using the advanced electron microscopes in ASU's Center for Solid State Science, the team discovered, both in the Canyon Diablo and the synthetic samples, new types of diamond twins and nanometer-scale structural complexity. These give rise to features attributed to lonsdaleite.

"Most crystals have regular repeating structures, much like the bricks in a well-built wall," says Peter Buseck. However, interruptions can occur in the regularity, and these are called defects. "Defects are intermixed with the normal diamond structure, just as if the wall had an occasional half-brick or longer brick or row of bricks that's slightly displaced to one side or another."

The outcome of the new work is that so-called lonsdaleite is the same as the regular cubic form of diamond, but it has been subjected to shock or pressure that caused defects within the crystal structure.

One consequence of the new work is that many scientific studies based on the presumption that lonsdaleite is a separate type of diamond need to be re-examined. The study implies that both shock and static compression can produce an intensely defective diamond structure.

The new discovery also suggests that the observed structural complexity of the Canyon Diablo diamond results in interesting mechanical properties. It could be a candidate for a product with exceptional hardness.