"I still remember being blown away by the first photo I saw online – It was astonishing. What was this sedimentary material? I had never seen anything like that before in a meteorite. It looked like a well- sorted sediment.” 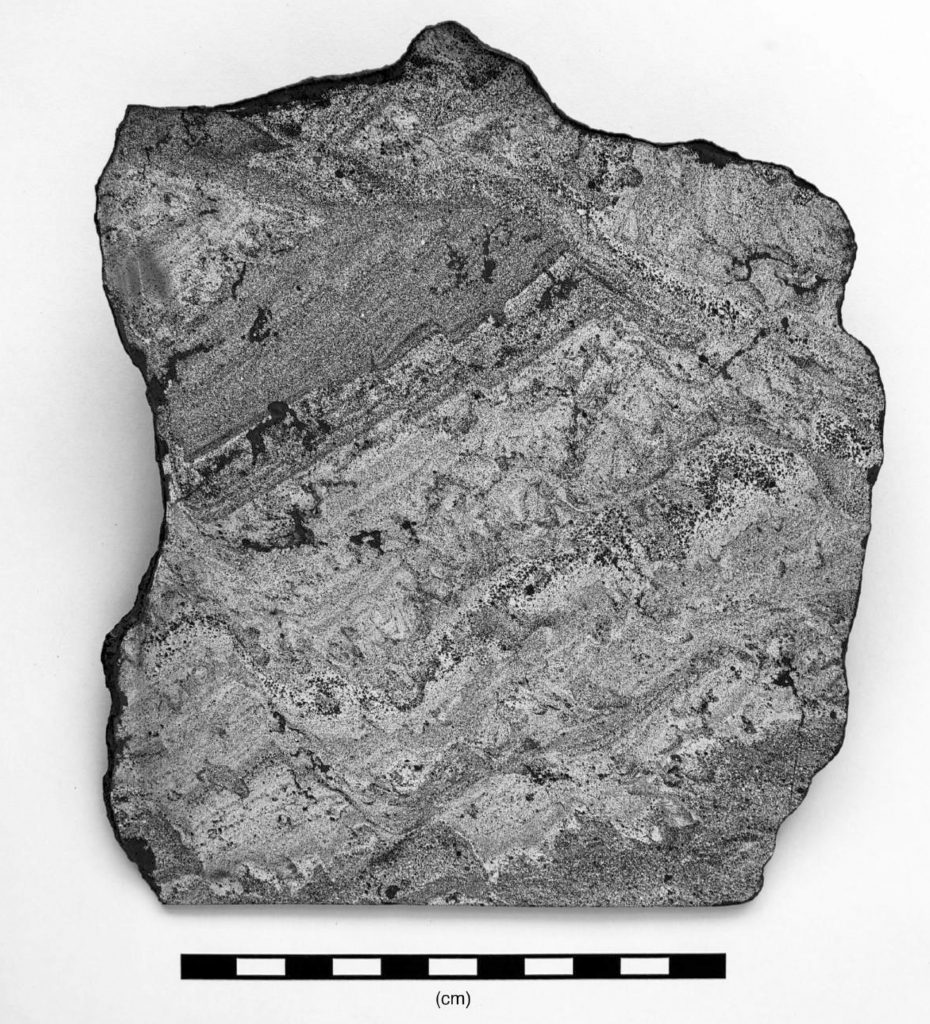 Isheyevo was the first meteorite to show prominent macroscopic sedimentary laminations and, so far, remains the only meteorite that provides evidence of gentle layer-by-layer accretion in the early Solar System. This extends the terrestrial sedimentary source-to-sink paradigm to a near vacuum environment where neither fluvial nor aeolian processes operate.

“Isheyevo is the Solar System’s oldest sedimentary rock, having formed just a few million years after the formation of the oldest objects in our Solar System, the CAIs, and is way older than the oldest Earth rock."

Morris' astrophysical modeling was key to bringing the formational history to light and to understanding the physics under which this rock could have formed, and Knauth's insights into terrestrial sedimentary formation scenarios added crucial context to how this rock had formed billions of years ago on an extraterrestrial body.

"I am often asked “what is your favorite meteorite?” Being the curator, I have thousands to choose from, but I always point to Isheyevo.”