The clean lab curlers of Team Isotopes were in Las Vegas this weekend, for the World Men's Curling Championship! 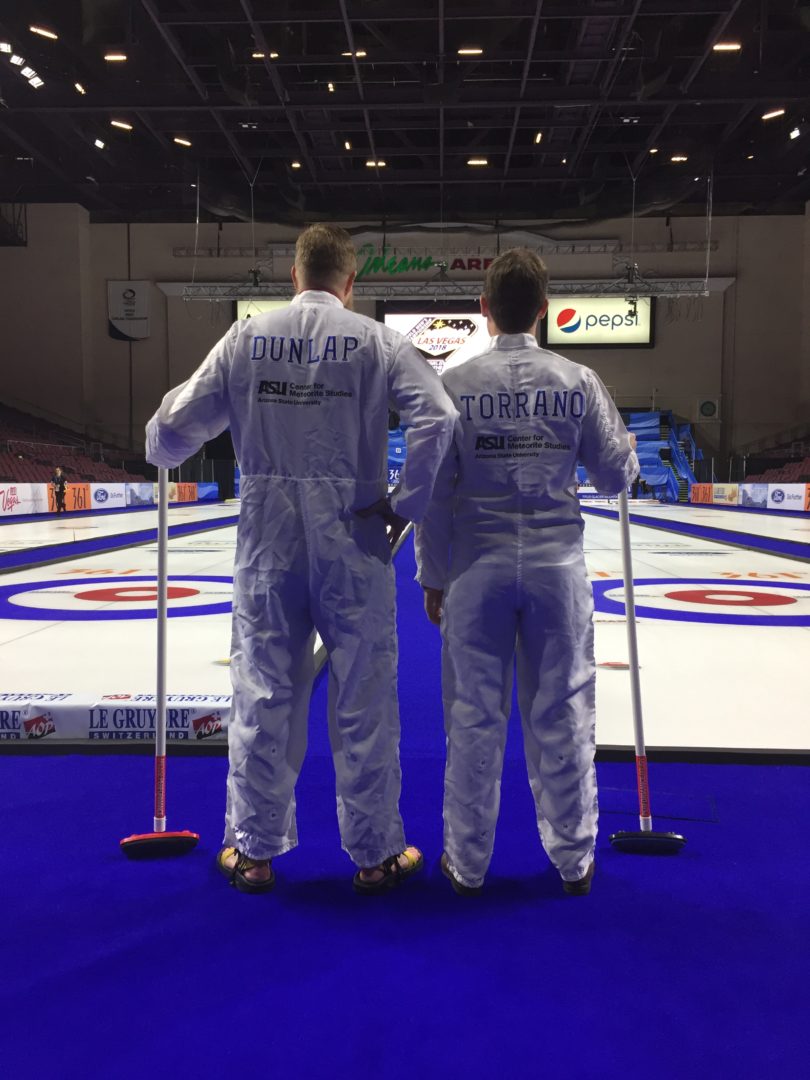 Thanks to Curling Las Vegas, Team Isotopes got to meet men's Olympic curling gold medalists John Shuster, Matt Hamilton, and Joe Polo, who took on the budding sport of meteorite curling – video below!

The Center Ph.D. candidates used specimens designated as touchable meteorites, including a piece of the Canyon Diablo iron meteorite (seen below, mounted on a piece of protective plastic while used on ice), and participated in a curling + meteorites STEM (Science, Technology, Engineering and Mathematics) event while in Las Vegas.

Want to touch a rock from space? Learn more about our upcoming events here, and our Meteorite Gallery here!