The annual Orionid meteor shower is this month!  While the meteor shower is active October 2 to November 7, this year's peak will be October 21.  At its height, you may expect to see up to 20 meteors per hour, some very bright and fast – according to NASA, these meteors are travelling at a velocity of 41 miles per second (66 km/s)! This year's bright moon may affect viewing conditions. 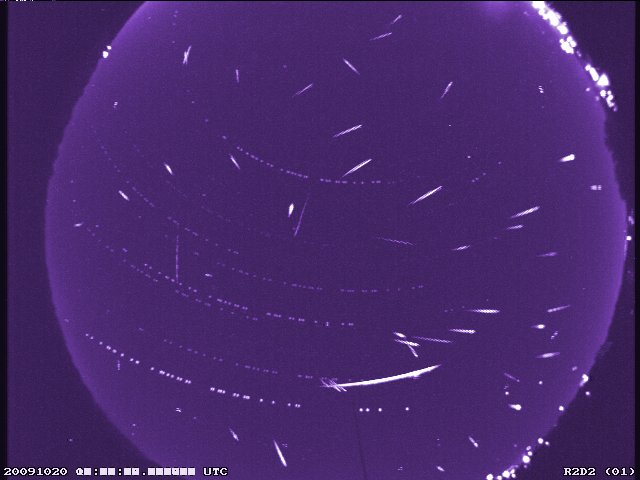 The yearly Orionid meteor shower is the result of Earth's orbit intersecting the debris tail of Halley's Comet.  The meteors are the result of small debris particles burning up as they enter Earth's atmosphere, and do not produce meteorites.  For more information on meteors vs meteorites, click here!  This particular shower is named for the constellation Orion, as the meteors appear to be coming from just north of Betelgeuse, Orion's bright star.

Photo: False-color composite image from the 2009 Orionids meteor shower observations, as seen in the skies over Huntsville, Alabama.