Center for Meteorite Studies Director Meenakshi Wadhwa was invited to present the prestigious annual Shoemaker Lecture at the 2016 meeting of the American Geophysical Union (AGU), held in San Francisco in December.

Part of the AGU series of Bowie lectures inaugurated in 1989 at the 50th presentation of the William Bowie Medal, the AGU's highest honor, the Shoemaker lecture is named for Eugene Shoemaker.  Shoemaker, who was awarded the Bowie Medal in 1996, was an outstanding geologist and planetary scientist known for his study of impact craters and lunar science, in particular the discovery that Comet Shoemaker/Levy-9 would impact Jupiter in 1994.

You can watch the Shoemaker Lecture via the AGU On Demand site, here! 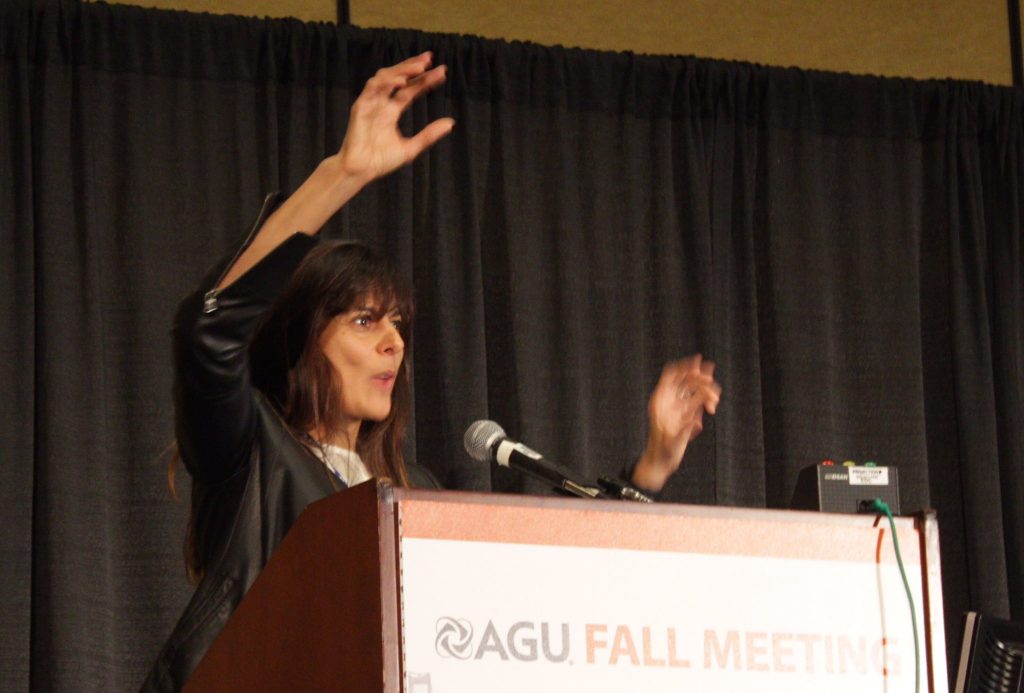 Center Director Meenakshi Wadhwa's Shoemaker Lecture "To See a World in a Grain of Sand: Insights into Solar System Formation and Evolution from Isotopic Analyses of Planetary Materials", during the 2016 AGU Meeting in San Francisco.