NASA's next Mars space probe, a lander named InSight, is due to touch down on the Red Planet in September 2016 with a mission focused on the planet's internal properties. Its landing place has been chosen with help from a Mars-orbiting, heat-sensitive camera designed and operated at Arizona State University.

Working at nine infrared and five visual wavelengths, the Thermal Emission Imaging System (THEMIS) on NASA's Mars Odyssey orbiter has been in operation since early 2002. Its data have let scientists create a near-global map of Martian surface properties. 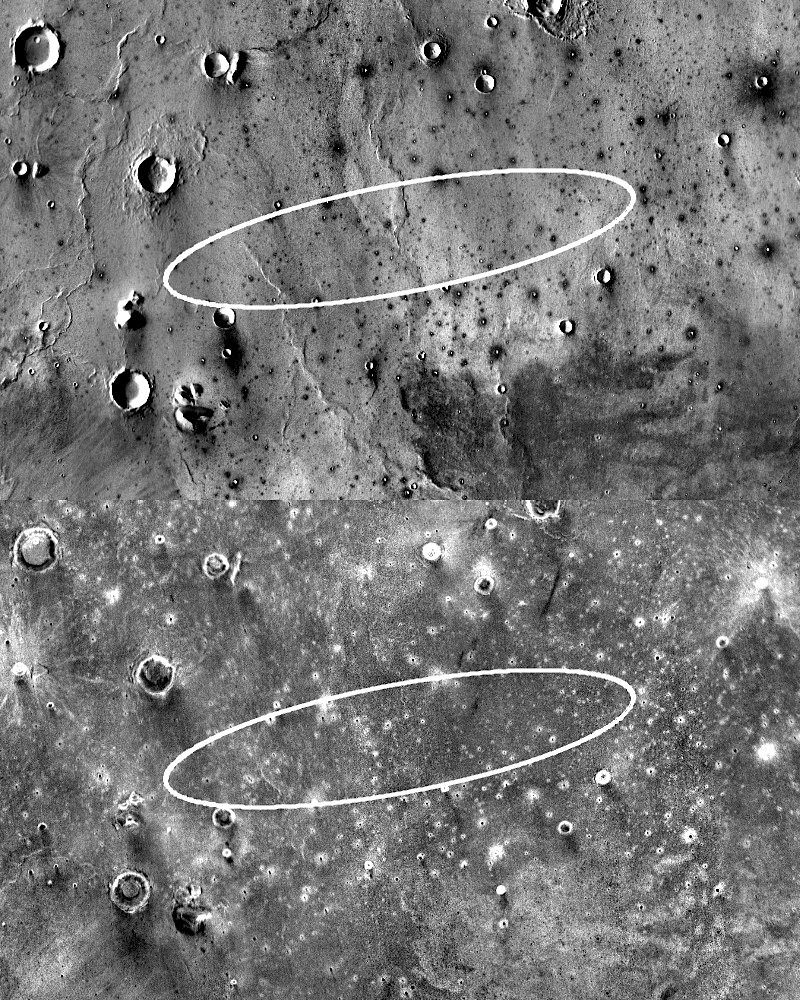 More recently, THEMIS has been surveying the rocks, sand, dust and surface materials across InSight's four candidate landing areas. NASA has now picked as the prime landing site one location in Elysium Planitia, a region where ancient lava flows cover the ground.

"To land a probe safely on Mars, you need to come down in a flat, smooth place," said Jonathon Hill, of Arizona State University's Mars Space Flight Facility, part of ASU's School of Earth and Space Exploration. A staff member and doctoral student in planetary science, Hill has a day-to-day role in targeting specific areas of Mars for THEMIS to image.

"Picking a safe place," he said, "means the landing site can't be full of big rocks or covered in a thick layer of dust."

By measuring how quickly the ground cools at night or warms in sunlight, THEMIS can tell the proportion of rocks and dust on the ground and thus help paint a picture of what awaits the lander at the surface.

InSight (short for Interior Exploration using Seismic Investigations, Geodesy and Heat Transport) carries two main instruments, a heat-flow probe and a seismometer, both being deployed using a robotic arm. The heat probe requires that the ground within reach of the arm be penetrable by the probe, which will hammer itself into the soil to a depth of three to five yards, or meters.

"InSight's mission planning team worked closely with us to find places with a suitable surface for the spacecraft to go," says Hill. Additional data and imaging came from the High Resolution Imaging Science Experiment (HiRISE) on NASA's Mars Reconnaissance Orbiter.

While THEMIS' main contribution to NASA's site choice was its infrared data, THEMIS is also currently taking visual images of the entire landing site ellipse, which represents the target zone. The visual images each cover a smaller area, but have about five times sharper resolution than the infrared ones.