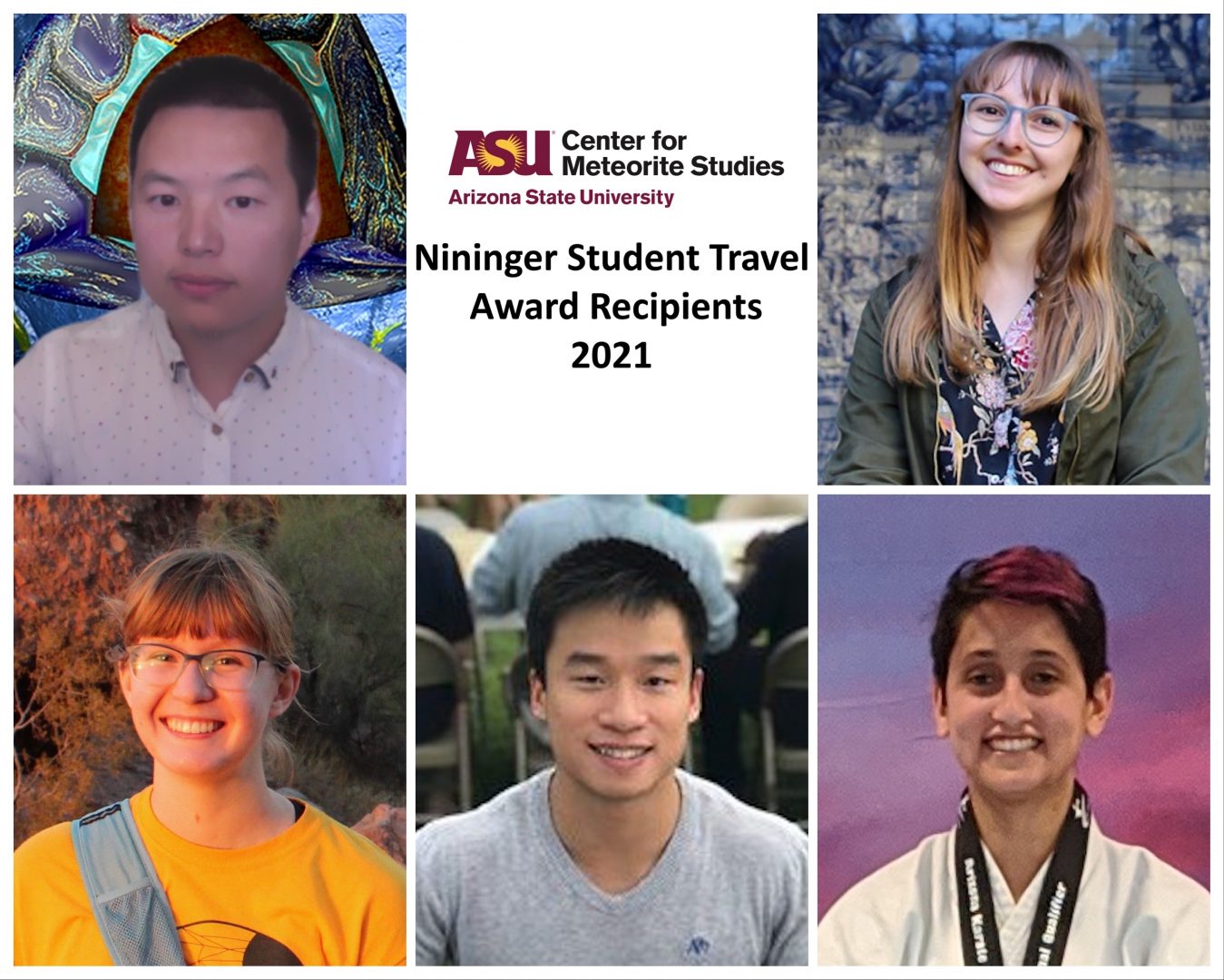 The Center for Meteorite Studies and the School of Earth and Space Exploration are pleased to announce the winners of the 2021 Nininger Student Travel Award.
This year, the Nininger Student Travel Award will support virtual attendance to the 2021 Lunar and Planetary Science Conference (LPSC) of at least 4 School of Earth and Space Exploration undergraduate and graduate students, to present their latest results in the field of meteoritics and planetary sciences.
The awardees are:
Claire Blaske 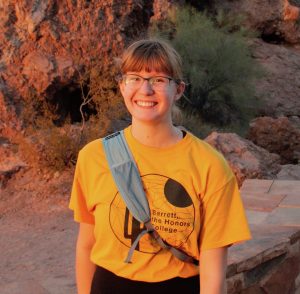 Claire Blaske is an undergraduate in the School of Earth and Space Exploration. Her research with Assistant Professor Joseph O'Rourke focuses on the prospects for dynamos in the metallic cores of massive rocky planets. At LPSC, Claire will present her calculations of the critical thresholds at which thermal and chemical convection will occur in the core for a range of planetary masses, thus inferring a planet's ability to produce a dynamo. Dynamos in the cores of planets can produce magnetic fields, so detecting these magnetic fields is perhaps the best way to constrain how fast an exoplanet's deep interior is cooling. Whether a magnetic field reveals anything about a planet's surface and atmosphere is an open question. Her research has shown that, as a planet's mass increases, the likelihood of a dynamo occurring also increases. Massive planets with and without plate tectonics and habitable surfaces (super-Earth and super-Venus planets, respectively) could both have strong magnetic fields.
Read Claire's LPSC abstract, here!
Madison Borrelli 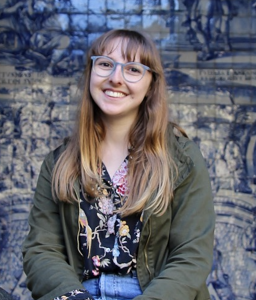 Madison Borrelli is a 2nd year PhD student in the School of Earth and Space Exploration. Her work with Assistant Professor Joseph O'Rourke focuses on volcanic features on Venus. At LPSC, she will present the results from her global survey of lithospheric thickness at steep-sided dome volcanoes. These features, also called "pancake domes", are expected to form where the lithospheric thickness is between 10 and 40 km. However, this hypothesis has not yet been tested. Madison used evidence of lithospheric flexure around the domes to confirm that they are indeed generally found at locations of intermediate elastic thickness.
Read Madison’s LPSC abstract, here!
Jasmine Garani 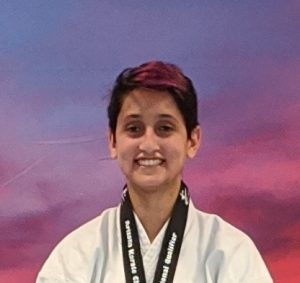 Jasmine Garani is a PhD student in the School of Earth and Space Exploration working with Associate Research Professor James Lyons. Her research focuses on understanding the formation of the Solar System, specifically the processes that led to isotopic enrichments seen on Earth and in meteorites. She is mainly focused on nitrogen isotopes, and at LPSC will present an updated solar nebula model with the potential of explaining the 15N enrichments seen in the Solar System today. Her investigation of nitrogen isotopes explores the chemical processes that formed meteoritic amino acids, which also show high enrichments in 15N. Her work has direct implications for understanding the UV radiation environment present during the formation of the Solar System, as well as understanding the reservoir of organic materials available as building blocks of life on early Earth, Venus, and Mars.
Read Jasmine’s LPSC abstract, here!
Kevin Trinh 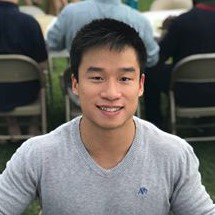 Kevin Trinh is a PhD student in the School of Earth and Space Exploration working with Assistant Professor Joseph O'Rourke and Postdoctoral Research Scholar Carver Bierson. His research focuses on the connection between deep interior processes and the potential for life, with an emphasis on icy moons and the use of geochemical models to explore the persistence of habitability in ocean worlds. At LPSC, Kevin will demonstrate that Jupiter's moon, Europa, may have formed its metallic core billions of years after accretion. This challenges the assumption that Europa dehydrated its silicates and possessed a metallic core immediately after accretion, which would result in unrealistically warm thermal histories.
Read Kevin’s LPSC abstract, here!
Qian Yuan 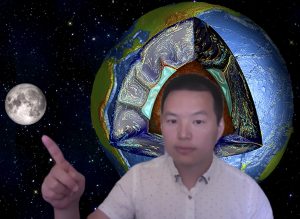 Qian Yuan is a PhD candidate in the School of Earth and Space Exploration working with Assistant Professor Mingming Li, Professor Richard Hervig, and Professor Steven Desch. His primary research goal is to integrate planetary interior dynamics with surface expressions, specifically using computer simulation and thermodynamic modelling to understand the origin of Large Low Shear Velocity provinces (LLSVPs), which are the largest mantle heterogeneities. At LPSC, he and his co-authors will propose a very new origin of the LLSVPs: The Moon-forming Giant Impact. Their research shows that LLSVPs may represent the mantle remnants of the impactor Theia, a large (> Mars-size) planetary embryo that collided with the proto-Earth. Thus, continental-sized LLSVPs may serve as both the largest and oldest “meteorites” on Earth. This study highlights the long-lasting effect of the Giant Impact on Earth’s thermal and chemical evolution, and indicates similar mantle heterogeneities may be formed by a similar process on other terrestrial planets.
Read Qian’s LPSC abstract, here!