The ASU Center for Meteorite Studies Meteorite Collection houses pieces of each of these observed falls.

Read more about these meteorites below, and see them mapped here! 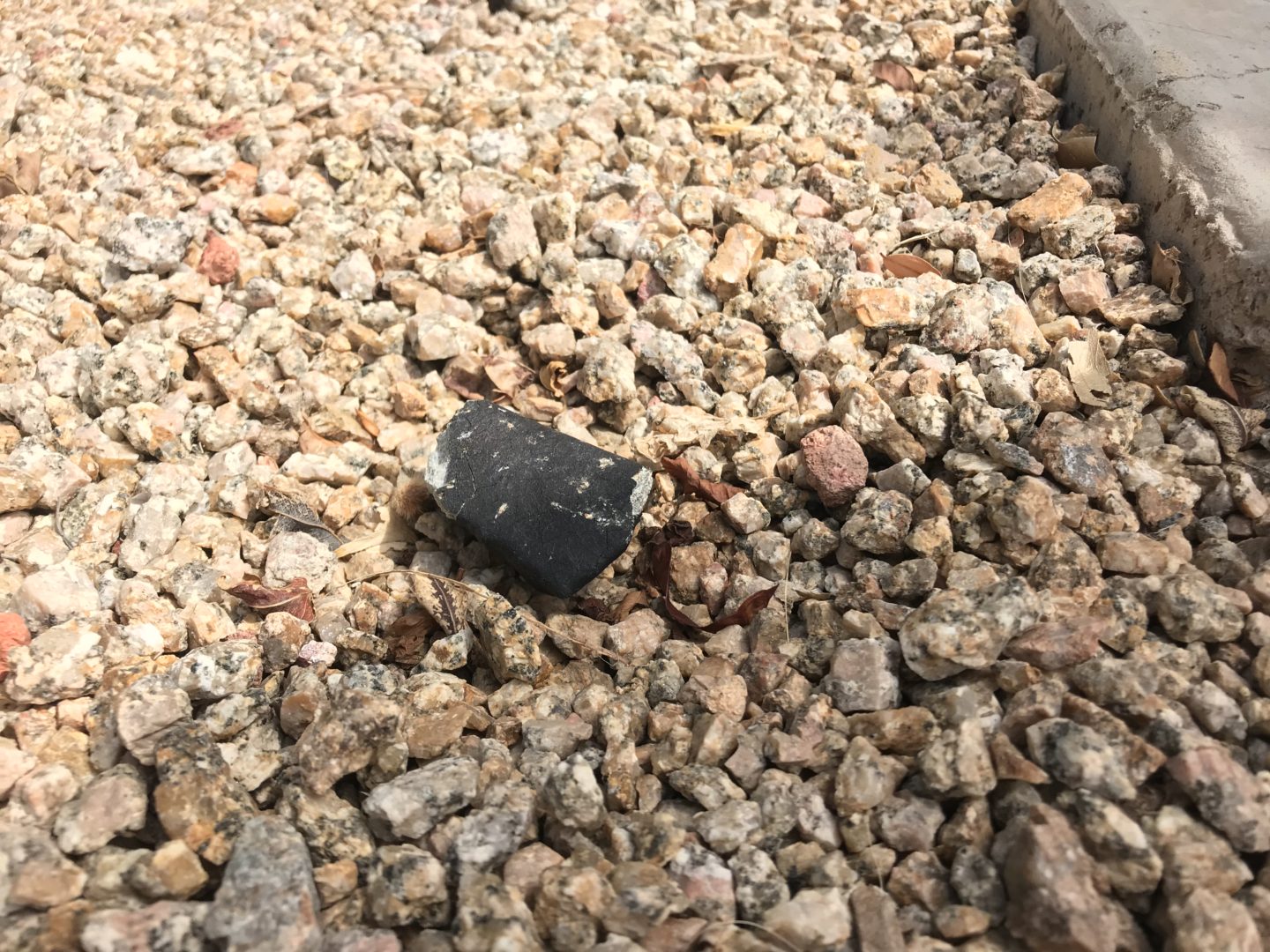 The newest Arizona meteorite fall occurred the evening of July 27, 2018, over the Valley of the Sun.  To date, one piece has been recovered in Glendale, AZ.  Read more here! Photo ⓒ L. Garvie/CMS/ASU. 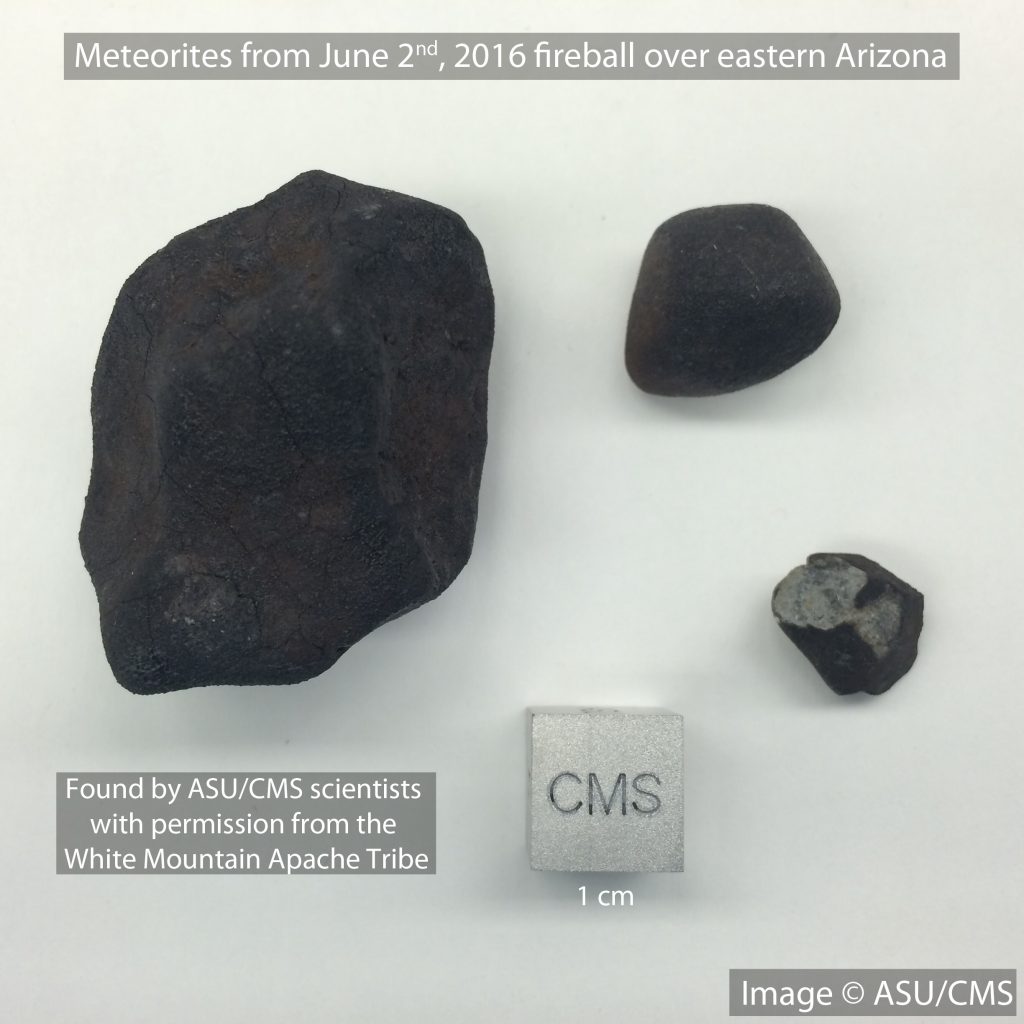 Dishchii’bikoh is an (LL7) ordinary chondrite that fell the morning of June 2, 2016, near the eastern Arizona community of Cibecue.

A large fireball was observed over eastern Arizona on June 2nd, 2016. Doppler radar returns indicated the meteorite landed on the lands of the White Mountain Apache Tribe.

With permission from the White Mountain Apache Tribe, scientists from the ASU Center for Meteorite Studies recovered 15 meteorites in June, 2016. Read more here! 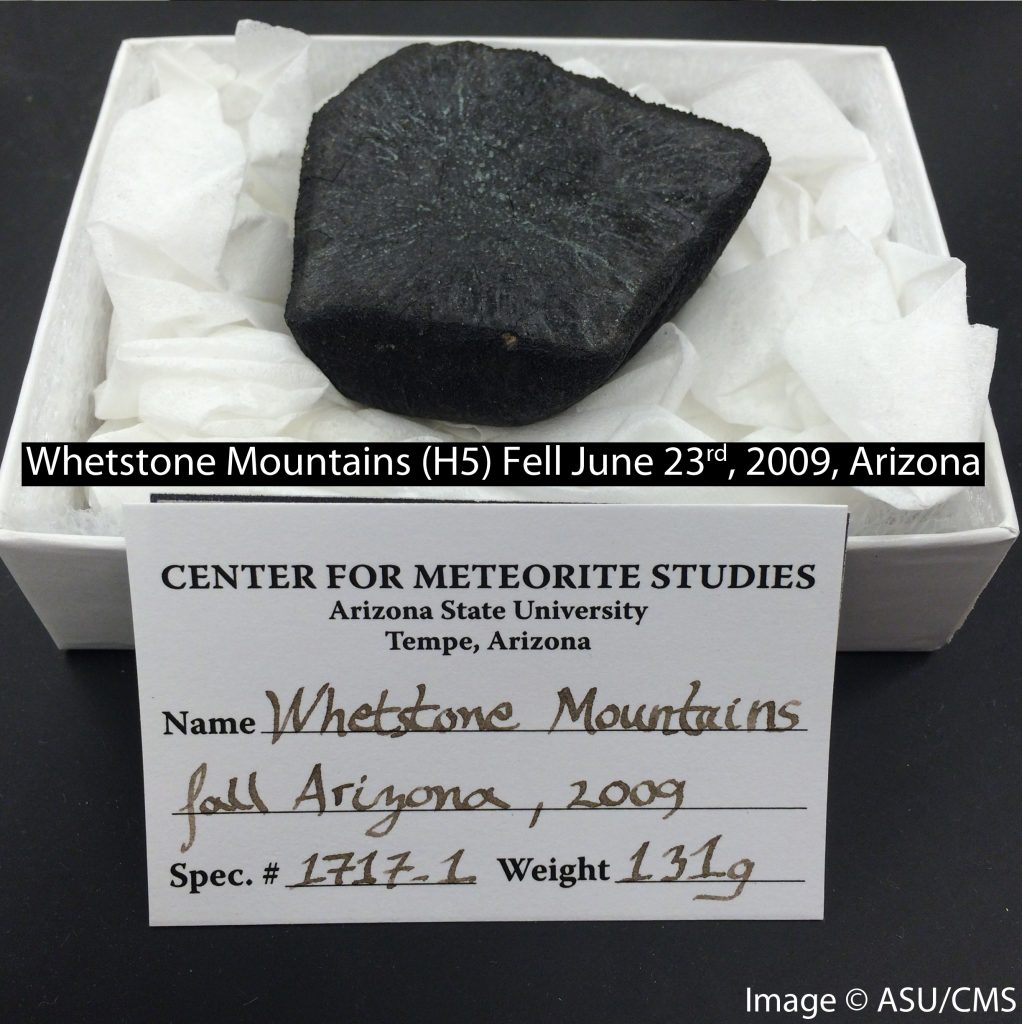 The Whetstone Mountains meteorite (H5 chondrite) fell on June 23rd, 2009 in Cochise County, Arizona. The first stone was recovered less than 45 hours after the fall. 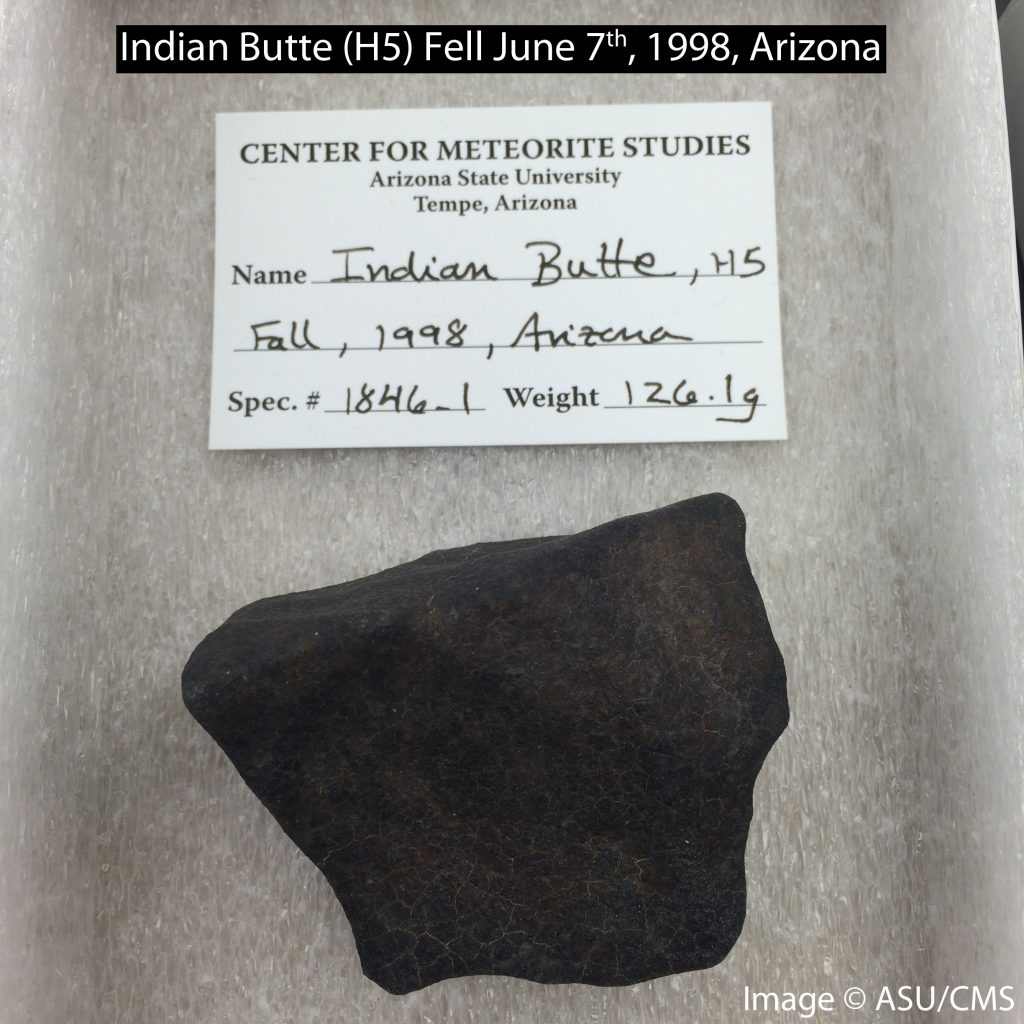 The Indian Butte meteorite (H5 chondrite) fell in Pinal County, Arizona (west of Casa Grande) on June 7th, 1998. However, pieces were not found until 2013 with the help of Doppler radar returns. 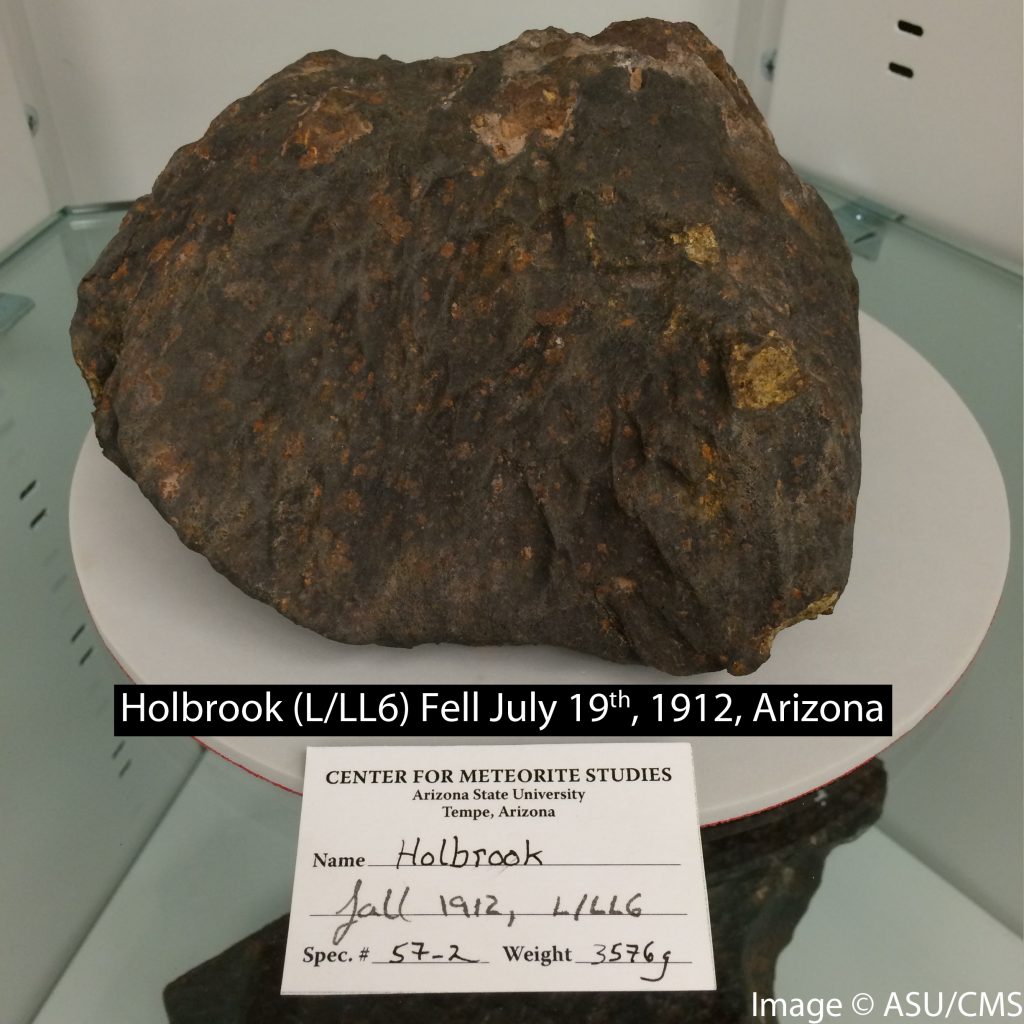 Thousands of meteorites have been recovered east of the city of Holbrook, with a total weight of over 220 kg (~485 lbs).