Menu
Sign In / Sign Out
Navigation for Entire University
Buseck Center for Meteorite Studies
Skip to content
Most iron meteorites likely originated in the cores of large asteroids, and are composed almost entirely of nickel-iron alloy, which is also a primary component of the Earth's core.
Even though iron meteorites account for less than 5% of observed falls, they are more easily recognized than other types of meteorites.
The distinctive Widmanstätten pattern (named for Count Alois von Beckh Widmanstätten, director of the Austrian Imperial Porcelain Works, in 1808), seen on some etched iron meteorite surfaces, is created by the interlocking crystal structure of two nickel-iron alloys (kamacite and taenite).
When asteroidal cores were exposed to the cold and vacuum of space as the result of cosmic collisions, the molten metal they comprised cooled over millions of years, resulting in the intergrown metallic lamellae.
Click on the images below to learn more about some of the iron meteorites in the ASU Center for Meteorite Studies collection! 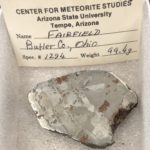 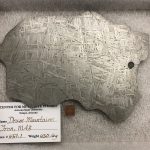 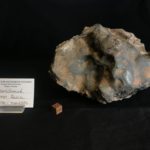 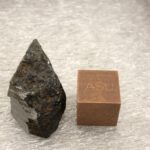 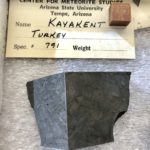 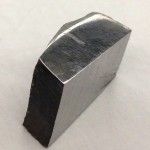 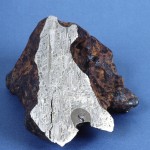 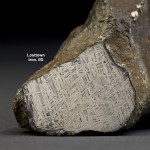